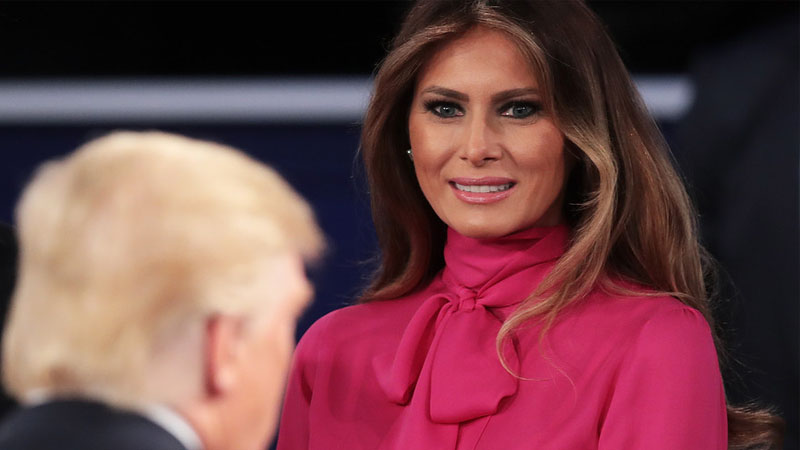 The written statement from Melania Trump claiming to have been “unaware” of the Jan. 6 uprising as it was happening has come under scrutiny, but not for the reason you may expect. Social media users focused on her signature at the end of the Thursday letter, pointing out how similar it is to her husband, former President Donald Trump.

“I mean, what the hell?” tweeted writer and radio host Bob Cesca above a zoomed-in image of the choppy, illegible signature. “Her signature looks exactly like Donald’s. You don’t think that’s weird?”

I mean, what the hell?

“Gee. It’s so weird how Donald Trump and his wife Melania have such a similar ‘spiky’ signature,” replied another user in all caps. “Who could have foreseen that two human beings who ended up married would have identical handwriting…”

Another user took his misgivings directly to the top, tagging the Justice Dept. and the Jan. 6 committee’s official accounts in a tweet that read, “Is forging someone’s signature legal? This isn’t Melania’s signature. It’s Donald’s. There’s no crime he won’t commit.”

The similarities between the two signatures were described as “amazing” by handwriting expert Sheila Kurtz in a 2018 Yahoo! story, which was widely quoted on Twitter.

“This is stylized,” she noted of Melania’s sign-off on a letter to Pamela Anderson, adding that it uncommon for spouse’s signatures to mimic each others’. “Maybe they brought someone in to show her how to do it or [it’s] a stamp, but it is definitely stylized.”

Joshua Benton, the founder of Nieman Lab, noticed how similar a holiday card allegedly signed by the president and first lady looked after one holiday season.

“Wait, that is Melania’s signature?” he wrote. “Was making it like Trump’s part of the prenup?”

See below for more reactions to the former first lady’s signature.