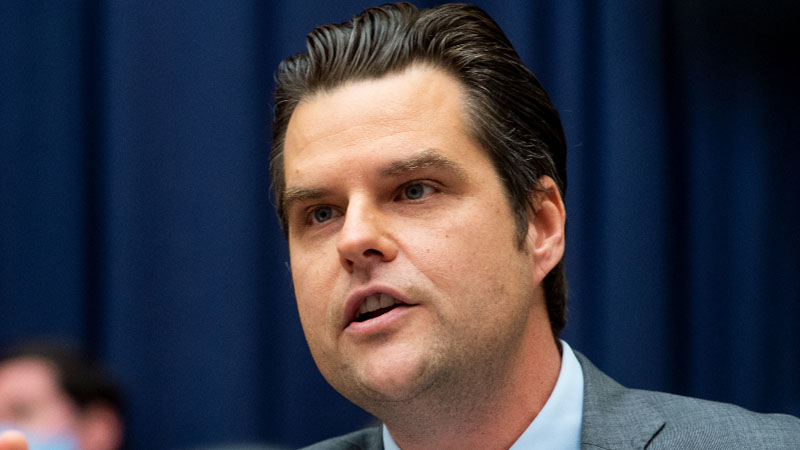 In a phone interview on Saturday, Bannon told Newsweek that Gaetz had “no chance” of becoming House Speaker. However, he noted that the Florida Republican and Georgia Republican Representative Marjorie Taylor Greene will be the “de facto” speakers or “the speaker in fact [but] not in actuality” of the House. McCarthy, a Republican from California, has agreed to lower the bar for members to request a floor vote, known as a motion to vacate, to oust a sitting speaker.

The House Republican leader is hoping that this move would help him gain the support of his critics. According to Politico, members of the House Freedom Caucus have long advocated for such a compromise, which would weaken McCarthy’s position if he were to become speaker.

McCarthy was amenable to a five-person barrier during internal discussions with lawmakers, according to CNN. The Republican House majority is now anticipated to call for a resolution to remove the speaker from the chair, with some conservatives advocating for a single member to compel such a vote. Norman told CNN that the so-called motion to vacate threshold should be reduced to two or less, but Gatez thinks McCarthy should lower it to one.

Gaetz is one of the Republicans who oppose McCarthy’s quest for speaker, claiming that the GOP leader is not meeting the party’s goals completely. Meanwhile, Greene recently announced her support for McCarthy and committed to voting for him, a move that political expert Joseph Uscinski believes is intended to give her more clout in Congress. On Saturday, Bannon listed some of the likely reasons why some Republican members are criticizing McCarthy.

“The issue with Kevin, it’s not that people don’t like him, Kevin is very well-liked. It has nothing to do with that,” Bannon told Newsweek. “It has to do with reality, what does the Republican Party stand for. What does MAGA stand for and how we’re going to sort this situation out?” MAGA is an acronym for “Make America Great Again” that Trump repeatedly used as a campaign slogan at his rallies.

Bannon added that one of the big concerns that McCarthy’s critics have is what he really stands for. “Over the last 48, 72 hours, people are saying, ‘Well hold it. This guy is prepared to give away things he’d never said [he would],'” Bannon said. He added that McCarthy “under no circumstances” will “ever take the speakership” while having “to do it by giving up motion to vacate because he would never really have the freedom to do what he wants to do.”

The former Trump adviser described the discussion around the speakership as a “proxy war” between the “corporatist” side of the Republican Party and the “populace face of MAGA.” “That’s what this fight is about,” he said. “And it’s exemplified by obviously the hard-right versus…the corporate wing of the party.”

Why you should not wear shorts on a plane, flight attendant reveals