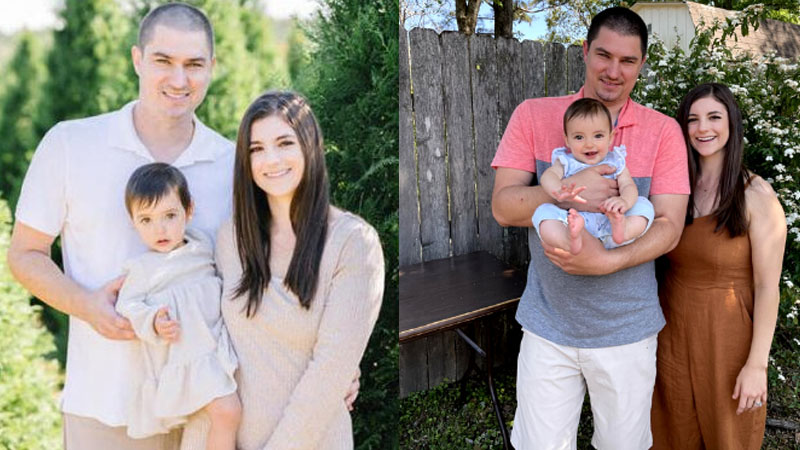 Brandon Pollet with his wife, Jessica, and their daughter. (image courtesy: heraldguide)

As the country progresses from pandemic to endemic phase with Covid-19, the majority of states across America have already withdrawn well-known pandemic measures, while the remaining states are considering doing so in the near future. Because the majority of Americans have either been vaccinated against Covid-19 or have obtained natural immunity after recovering from the virus, this change seems to be possible.

According to the CDC data, 76.1 of the population (almost 253 million) has received at least one dose of the Covid-19 vaccine, and 64.7 % of Americans (nearly 215 million) have had two doses of the vaccine. Nearly 93 million people received the third, booster dose, accounting for 43.2 % of those who were fully vaccinated and providing the best available protection against the virus.

The Covid-19 vaccinations are approved for use in an emergency. Because the world required these vaccines as soon as possible, they were never subjected to the usual years-long approval process. Vaccines against Covid-19, on the other hand, have been proved in dozens of studies to be effective, and the benefits of Covid-19 vaccination outweigh the known and possible hazards.

Unfortunately, for a 33-year-old Louisiana man who died late January after developing an autoimmune condition hours after having his second Covid-19 shot last year, the Covid-19 vaccination proved to be the wrong decision.

B. Pollet received his second Pfizer dose in October and developed a headache barely hours after receiving the vaccine, according to the Herald Guide. He had a fever two days later. Pollet was admitted to the hospital on October 21 and remained in hospital until November 7.

“He had no prior medical history,” his wife Jessica said. “After his second Pfizer vaccine, he developed a headache right away then fever 48 hours after.” “He was worked up for hemophagocytic lymphohistiocytosis, or HLH, but it was ruled out and he was diagnosed with a rare autoimmune disease called Still’s Disease,” Jessica said.

After staying more than a month at home with his 1-year-old daughter, the father was admitted to the hospital again on December 14. He was officially diagnosed with HLH later in December, but this time it was in addition to Still’s Disease. His wife claims that he was treated for HLH, including chemotherapy, but that the treatments were ineffective.

“He received the HLH protocol treatment, which included chemotherapy,” she said. “Unfortunately, none of the usual treatments have worked. The doctors have agreed that the COVID vaccine caused an immune response that led to the development of the autoimmune disease and HLH.”

Pollet died on January 28 after a months-long fight with both Still’s Disease and HLH, leaving behind his wife and 1-year-old daughter. Jessica thanked Pollet’s colleagues for all of their help while he was fighting for his life in the hospital.

Doctors agreed after Pollet’s death that the COVID-19 vaccine was to blame for the development of the autoimmune disease and HLH.

The family has started a GoFundMe campaign to help with medical bills and other expenses.