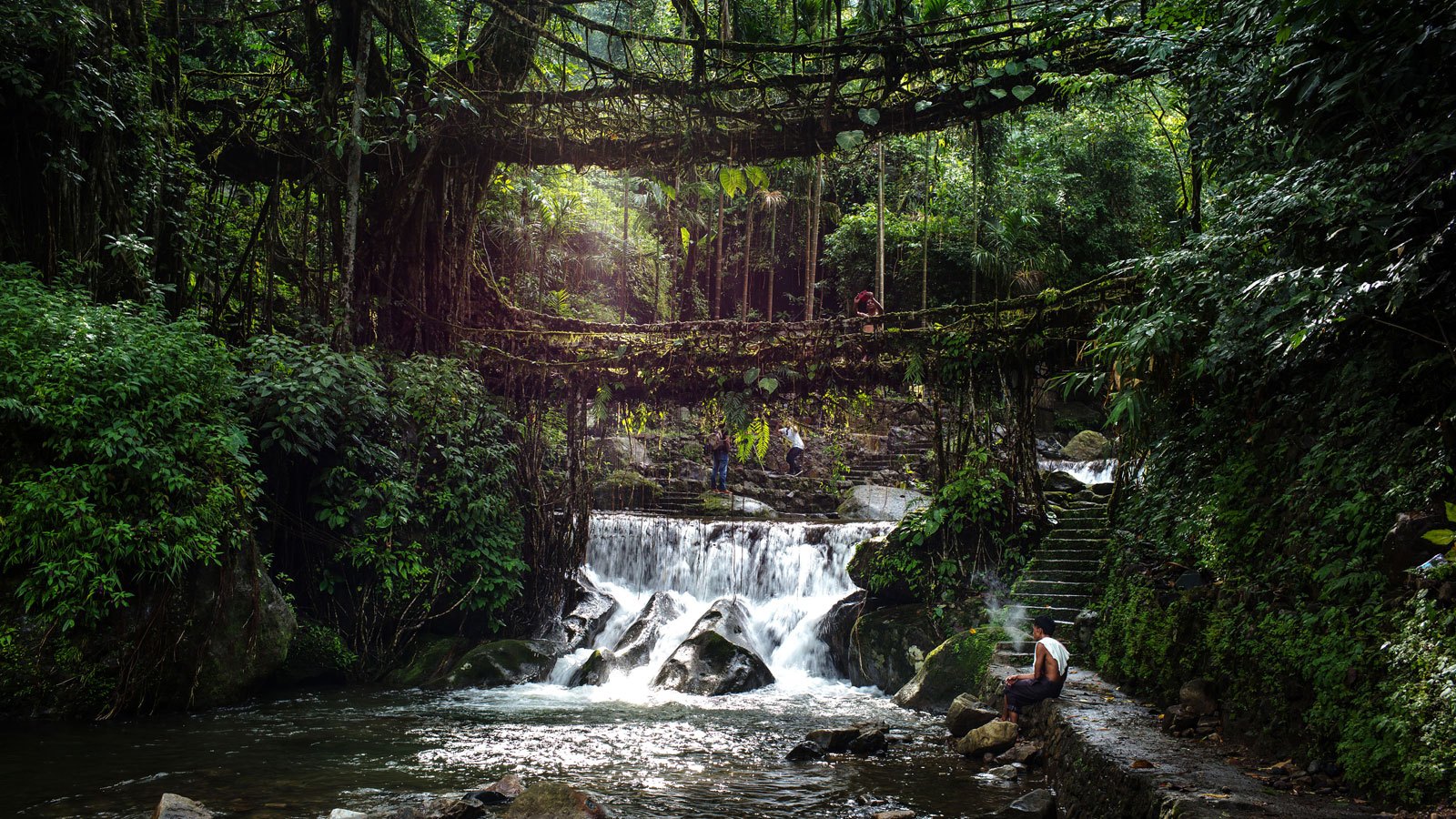 Bridges can just seem like a means to an end—something you’ve got to schlep over to get to your destinationOpens a New Window.. And sure, some are engineered with nothing but utility in mind, providing safe passage for pedestrians and drivers over a long period of time. But some deserve the attention and respect as architectural marvels, demonstrating a flair for the dramatic. 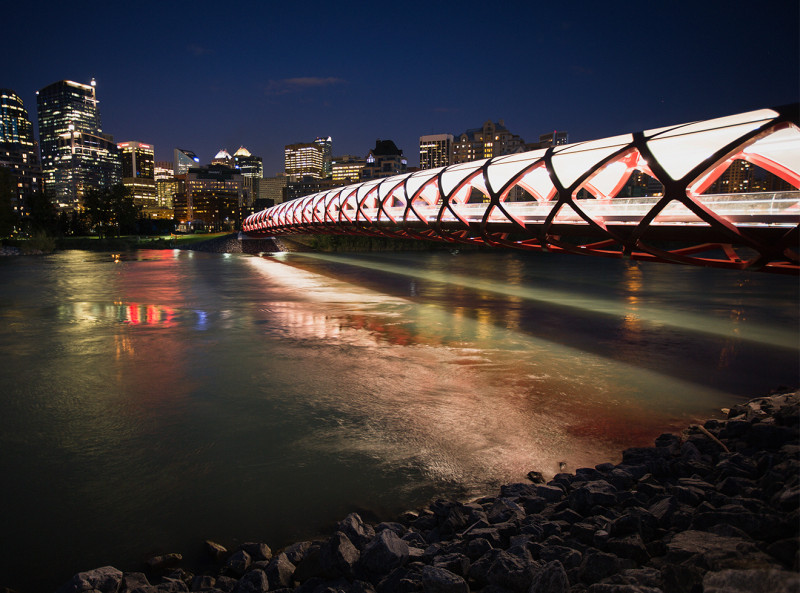 The Peace Bridge, designed by famed Spanish architect Santiago Calatrav, was unveiled to the public in March 2012. The 428-foot long pedestrian bridge stretches over the Bow River in Alberta, Canada. It’s illuminated at night, showcasing the intertwining steel-frame helixes. Some of the overhead spaces are fitted with glazed panels to keep rain and snow off the 6,000+ Calgarians who traverse it each day. 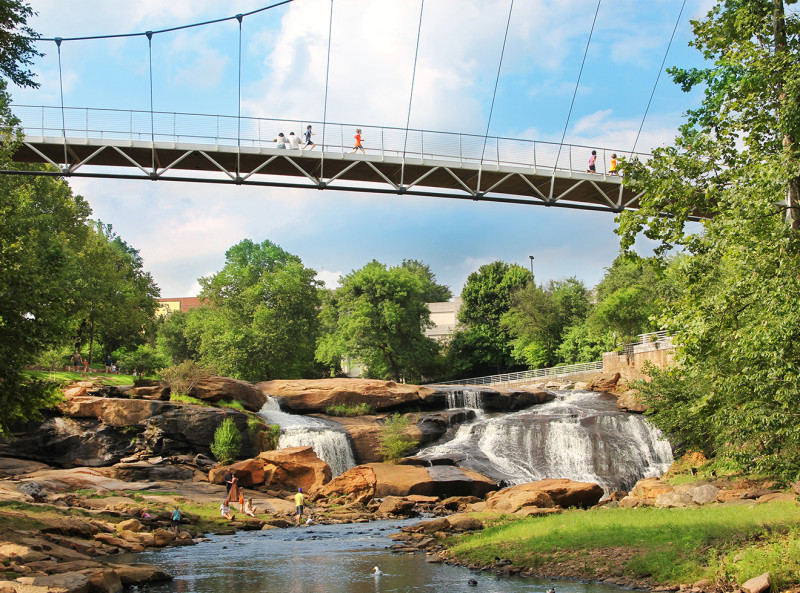 Liberty Bridge is located in the heart of downtown Greenville, South Carolina, in the 32-acre Falls Park on the Reedy. The 345-foot-long pedestrian bridge snakes around a waterfall on the Reedy River, evoking Leaning-Tower-of-Pisa vibes. It was designed by Boston architect Miquel Rosales. The best part? One side is strictly supported by cables, giving an unobstructed view of the waterfalls.

Commissioned by a local knight in 1860, the Rakotzbrücke bridge in Germany’s Kromlauer Park carries a peculiar urban myth: It was built by the Devil. The bridge got its sinister name from the shape of its stones, which makes it precarious to cross. The curvature of the bridge was specifically built to create a circle when it is reflected in the waters beneath it. Although you can’t walk across this bridge any more, you take in the view from Kromlauer Park. 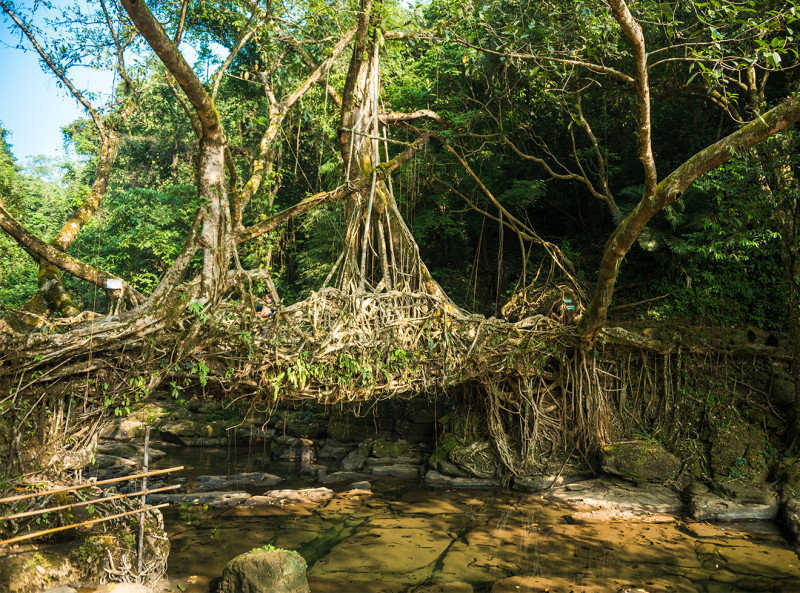 Thought to be the wettest place on earth, North India is home to the state of Meghalaya, which is ripe with tropical forests and heavy rainfall. In the Khasi Hills region, tree trunks are planted on opposing sides of overflowing gorges. Over the span of 15 to 30 years, locals will “slowly thread the Ficus elastica roots across a temporary bamboo scaffolding to connect the gap,” National Geographic reportsOpens a New Window.. The bridges grow strurdier over time, connecting villages which would otherwise be isolated. One of the most famous is the Umshiang double-decker bridge, which is over 180 years old. 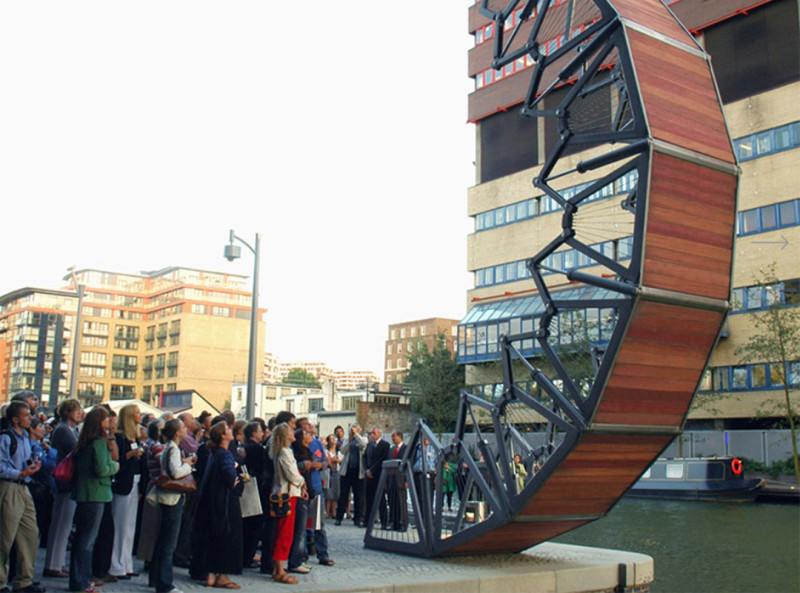 Much like an armadillo curls up in a ball to escape predators, the Heatherwick Studio’s Rolling Bridge rolls up to allow the passage of boats. Unveiled in 2004, the steel-and-timber footbridge spans a small inlet of the Grand Union Canal in West London. When a vessel needs to pass through, the hydraulic pistons activate so one end coils up to join the other, forming a circle. 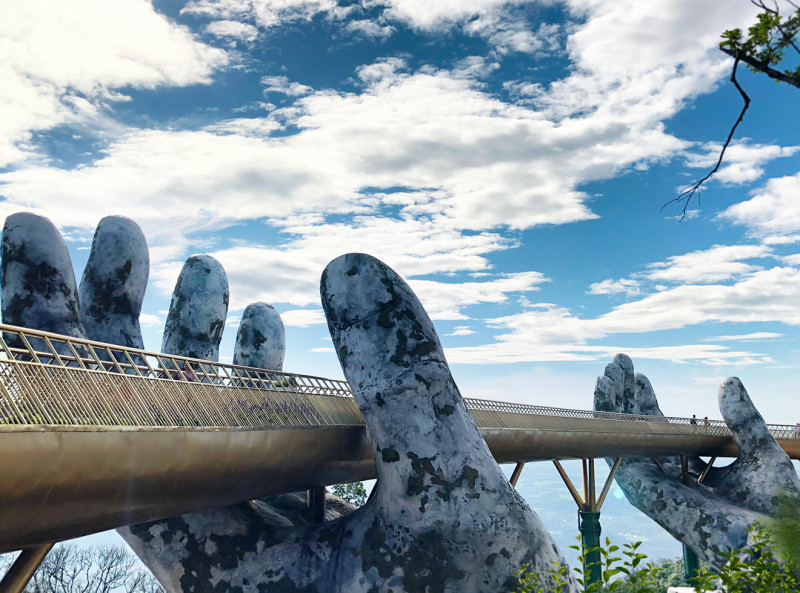 The 490-foot-long, Golden Bridge is held up by two giant concrete hands that seemingly emerge from the greenery below. The bridge opened in July 2018 and was built by the Sun Group with the intention of making pedestrians feels as though they were taking a stroll on a shimmering thread stretching across the hands of gods. You can look out at Vietnam’s Ba Na Hills, as well as Danang City in the distance. 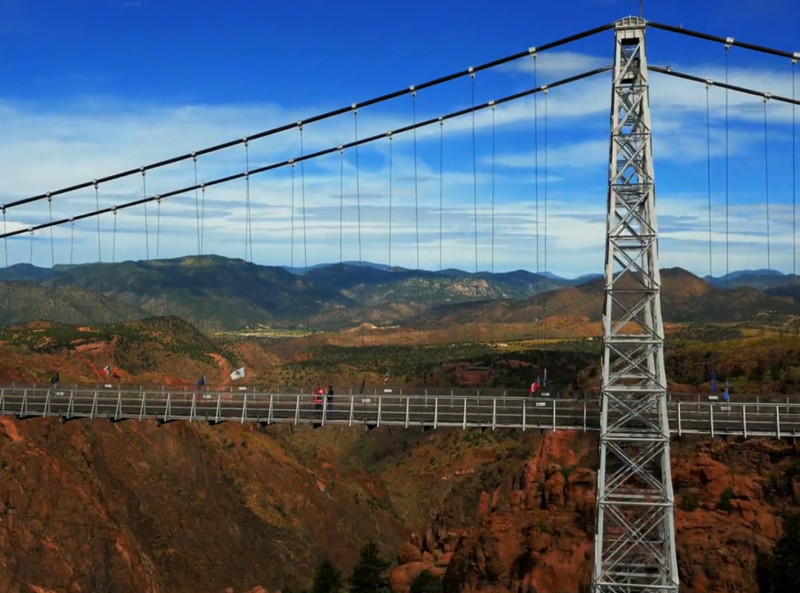 Built in 1929, the Royal Gorge Bridge in Canon City, Colorado, is North America’s highest suspension bridge. Today, travelers can cross the 1,292 wooden planks that hang 956 feet above the Arkansas River below. The bridge originally cost $350,000 and was completed in just six months. Today, travelers can cross the bridge, ride the onsite poma gondolas, or enjoy onsite thrill rides.

Here’s What to Know If You Work Out At Night

How to Solve Relationship Conflict