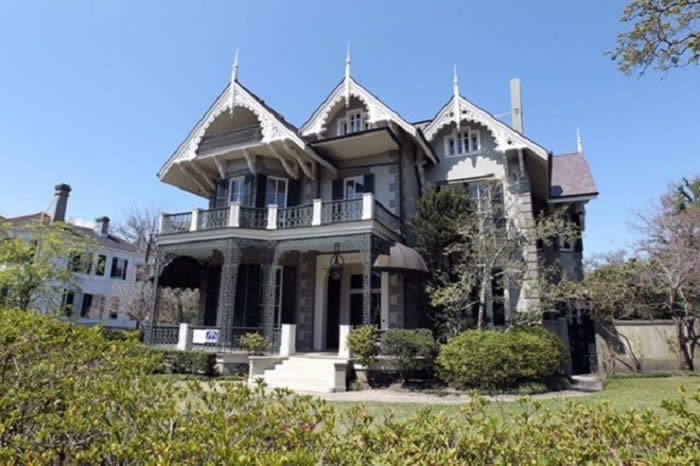 With celebrity life comes fame and fortune, something most A-listers use to splash out on cars, plastic surgery and every fad going on. You hear them splurging on the newest gadgets, designer clothes, and other luxurious items. However, some of these high rollers take the more extravagant option and spend millions on a home and refurbish it inside and out. Homes are a place for freedom of expression because it is something that represents you as a person and what you enjoy having around you. The interior decor is something you have to look at every morning when you wake up and every night before going to bed, so making sure it flawlessly represents you is very important.

The exterior of a house also counts because unless you are invited to witness the interior of these homes, the exterior is all you can judge by. Basketball courts, swimming pools, and lots of land can help someone express themselves by showing whether they are an active person, outdoor lover, or someone who prefers to remain inside. Celebrities are known for buying many homes, however, which houses have stood out among the rest? These homes are just as famous as there celebrity owners(or previous), and one thing is for certain, they were not cheap. Here is the list, in order, of the most famous celebrity homes from the least famous to the most.

Read More: 7 Most Amazing Natural Wonders of the World

This is a vintage-style castle home, which cost David Beckham star only $10 million. Nestled among lush tropical gardens, this is the perfect family home anyone could enjoy! This celebrity couple has enjoyed plenty of media attention for a long time, but David and Victoria Beckham are also very famous for the fact that they like to “collect” ultra luxurious and expensive homes. While they own more than one home both in the U.S. and in Europe, the mansion they have in Beverly Hills is the truest gem of all.

Hollywood’s beloved JLo lives literally in a wonderful palace in the LA area, with an interior resembling a museum of art collections rather than being a simple family home. Elegance and sumptuous luxury are the perfect words to describe this wonderful mansion that has white and other soft tones. The home is equipped with seven spacious bedrooms and no less than 14 bathrooms, all of these wrapped in an area of almost 12,500 square feet.

Sandra Bullock’s New Orleans property may not look as extravagant on the outside but once inside, it’s all bells and whistles. She bought the house for $2.25 million and it covers an astonishing 6,615 square feet. It has five bedrooms and four bathrooms, it’s also been refurbished with marble mantelpieces and antique moldings. Outside she has a lavish swimming pool with a barbeque area to keep guests entertained.

Celine Dion owns a $20 million “Water-park” house, on Jupiter Island, Florida. The mega structure water park construction around the house uses no less than 6 million gallons of water per year; however, she and her husband Renee have constructed on the property five huge private wells so that they will never encounter a water shortage. The entire mansion is surrounded by huge pools and artificial rivers that definitely are forte points for both kids and grown-ups alike during torrid summer afternoons. The interior of the home is entirely decorated in elegant black and white furnishings and accessories. Unfortunately Dion recently sold this home and is moving on to other future endeavors.

Top Gun star Tom Cruise and his ex-wife Katie Holmes simply loved ludicrously expensive real estate. They owned several homes, one of which was in London UK, and the other in Telluride Colorado, but none of these two homes exceeded $6 million. The real deal was their home in Beverly Hills, which they bought for the exorbitant price of $35 million. Luxury, elegance and opulence are words describing this palace both inside and out. The home has nine bathrooms and seven master bedrooms, with private pools and a tennis court. The mansion features a fence enclosure, so that the family could enjoy their privacy. The building was originally completed in the 30′s, but went through several refurbishments and maintenance work. Today, the establishment occupies 1.4 acres, however the couple has divorced and no longer enjoys the comforts of this home together.

The ultimate celebrity couple, Brad Pitt and Angelina Jolie, own this $40 million estate in Long Island, New York and if you think it looks nice on the outside then you should see the inside. It has 18 refurbished bathrooms, making sure that the couple and their six children never need to wait in line for their turn. The Tudor style property covers an incredible 22,000 square feet and it comes with both a swimming pool and private tennis courts.

Still the Fresh Prince for many, Will Smith lives in a refurbished castle in Calabasas, California. Truly exclusive and luxurious, this little castle is estimated at $20 million, and of course it comes with its own lake and huge sports arenas such as an ultra modern tennis court & basketball field. Together with his beautiful wife Jada-Pinkett Smith and their children, they enjoy all the luxuries money can buy in this fairytale castle, which by the way, has its own zip code.

50 Cent’s stunningly enormous 51,657 square foot luxury home located in Connecticut has an impressive 19 bedrooms, 37 bathrooms, six kitchens, five Jacuzzis, two snooker rooms, an indoor swimming pool, a night club, a gym, an indoor racquetball court, a tennis court, a home cinema, indoor shooting range and a pond. He bought the home from boxing legend Mike Tyson and spent an estimated $6 million in refurbishment. Lavishly furnished with personalized renovation to match, this home is everything a self-styled celebrity could need.

Oprah Winfrey is American television tycoon who has a personal wealth of $2.7 billion. In 2001, Oprah bought her Californian home for $50 million. The property covers 42 acres of land and the mansion alone covers 23,000 square feet. Since buying the house, Oprah has added her own touch of luxury by splashing out on some pricey refurbishment, installing a state-of-the-art home cinema, a man-made lake with exotic fish as well as the house having has eight bedrooms and 14 bathrooms.