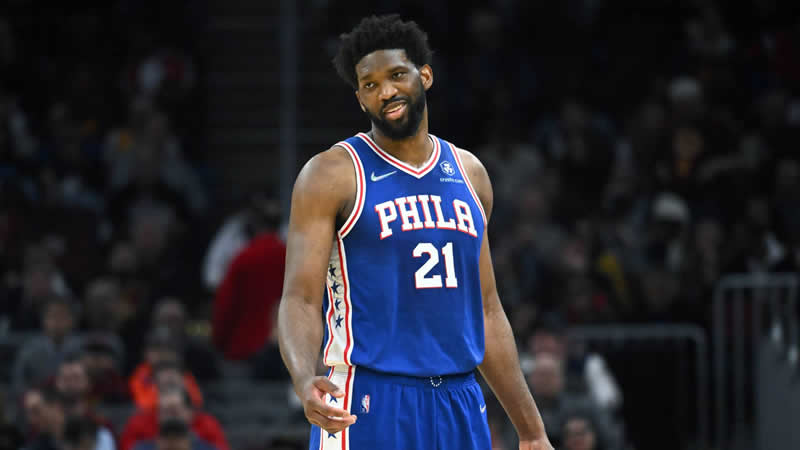 The officiating in the playoff series between the Philadelphia 76ers and the Toronto Raptors has been a major talking point, and it was again in Game 4 on Saturday.

With a 110-102 victory, the Raptors avoided elimination and scheduled a Game 5 in Philadelphia. Based on his actions as he walked off the court, 76ers center Joel Embiid clearly believed the officials had a hand in the outcome.

As he walked to the locker room, TV cameras recorded Embiid sarcastically cheering in the direction of the referees, as per Yard Barker.

Embiid seemed to want everyone to know who he was addressing with his motion. He even lifted his fists a few times to underline his point.
Embiid’s postgame quotes were equally as cutting.

In Game 4, the 76ers center stated that the officials had “one job” and “got it done,” implying that the authorities were looking for a method to extend the series.

In Game 4, the Raptors tried 35 free throws against Philadelphia’s 25. The Raptors, on the other hand, had more free throw opportunities than the 76ers for the first time in the series. The irony here is that Embiid was chastising Raptors coach Nick Nurse earlier in the series for whining about calls.

In a series as rough as this one, Embiid will always feel like referees aren’t giving him the benefit of the doubt. His opponents will most likely believe he is being treated too leniently by the officials. It’s pointless for Embiid to let any of this bother him at this stage, especially with the 76ers leading the series 3-1.

Tyson Fury: I think this might be the final curtain for the Gypsy King

The peak of COVID in the U.S. may be over, but the pain continues as deaths rise