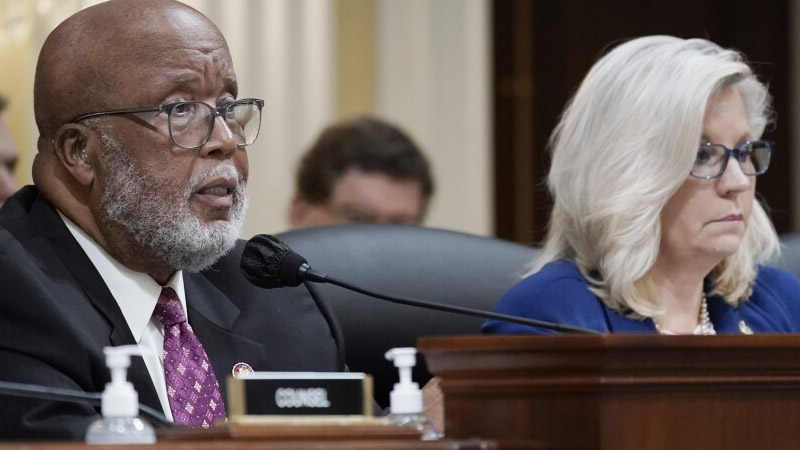 The chairman of the House committee investigating the Jan. 6 attack on the United States Capitol said Tuesday that the panel would make criminal referrals to the Justice Department as it closes up its investigation and hopes to issue a final report by the end of the year.

Rep. Bennie Thompson, D-Miss., informed reporters that the committee had decided to make recommendations urging criminal prosecution, but he did not say who the targets would be or whether former President Donald Trump will be among them.

“At this point, there’ll be a separate document coming from me to DOJ,” Thompson told reporters at the Capitol.

Thompson said the committee is meeting later Tuesday to discuss the details.

“The Committee has determined that referrals to outside entities should be considered as a final part of its work,” a spokesperson for the select committee told The Associated Press. “The committee will make decisions about specifics in the days ahead.”

The choice to make recommendations is not surprising. Rep. Liz Cheney, R-Wyo., the committee’s vice chair, has been hinting for months that the committee will issue criminal referrals to the Justice Department based on the significant evidence acquired by the nine-member panel since its formation in July 2021.

While Congress can make symbolic criminal referrals to the Justice Department, it is ultimately up to federal prosecutors whether to pursue charges. The committee has hinted at potential charges against Trump, including conspiracy to defraud the United States and obstruction of a federal official action.

Several members of Trump’s closest circle have been referred to the agency by the committee for refusing to cooperate with congressional subpoenas. So far, just one case of contempt of Congress, brought against Steven Bannon, has resulted in an indictment.

The group, made up of seven Democrats and two Republicans, has attempted to compile the most thorough record of Trump’s “staggering betrayal” of his oath of office and his supporters’ unprecedented attempt to prevent Congress from acknowledging Democrat Joe Biden’s victory.

Off Capitol Hill, Trump is facing more significant legal challenges, including the Mar-a-Lago inquiry into the potential mishandling of top-secret data. And he is no longer immune to prosecution as he was as president, with some legal experts telling AP that the records inquiry is focused on more clear factual and legal concerns than previous examinations.

EU approves smallpox vaccine to use against monkeypox