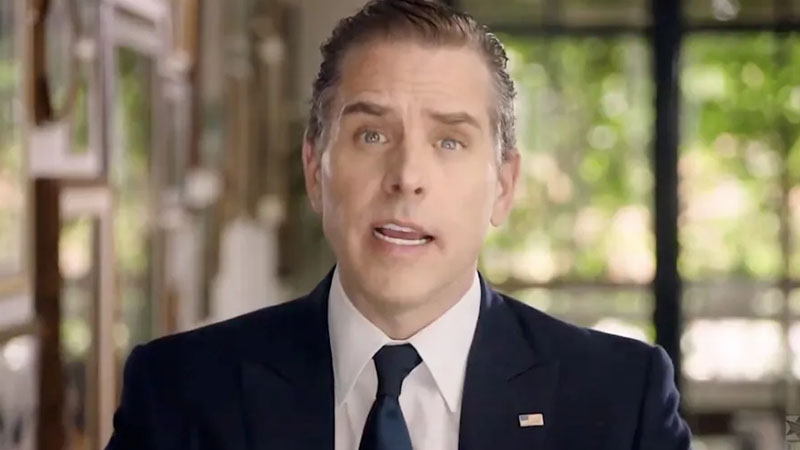 A retired intelligence officer claims that a US spy agency approached him in the fall of 2020, asking for his help in getting a copy of Hunter Biden’s laptop contents ahead of the presidential election.

Three other people who were approached by Shaffer or the agency or were involved in the approach validated retired Army Lt. Col. Tony Shaffer’s account to Just the News.

They claimed the goal of the investigation was to look for any evidence or trends of foreign adversaries attempting to compromise notable Americans or their families in the hard drive contents.

During an appearance on Real America’s Voice’s Just the News television show on Friday, Shaffer detailed the approach.

“And they said, ‘We don’t care. … We want to either confirm or refute it. We want to act factual. We don’t have a political dog in the fight. What our concern is, is that if there’s compromising information on that hard drive, this is before the election, the president could be compromised to the level of owing either China or Ukraine something. And this is what this three-letter agency was concerned about.”

The intelligence community wanted to know if anything on the hard drive had been hacked, if the Biden family had been compromised, and if there were any patterns about how foreign adversaries were trying to compromise prominent Americans, according to a US official directly familiar with the effort who spoke to Just the News.

The request was withdrawn when it became clear that there were many versions of the hard drive floating about and that the chain of custody could not be proved, according to the official.

A lawyer for the family of John Paul Mac Issac, the Delaware computer repairman who gave the laptop over to the FBI in late 2019 after Hunter Biden left it at his shop, confirmed an approach from Shaffer in October 2020. A third party reached by Shaffer confirmed an attempt to obtain a copy of the laptop for intelligence reasons in the fall of 2020.

All three of them refused to name the spy agency that was involved. Shaffer, on the other hand, has a long history with the Defense Intelligence Agency, which he claims ran a secret program named Able Danger that identified primary 9/11 hijacker Mohammad Atta ahead of time.

The existence of the Able Danger program which targets transnational terrorists was verified by the intelligence community, but there was no evidence that Atta had been identified prior to the suicide hijackings.

When an officer from the spy agency asked Shaffer to step down in late October 2020, he stated he was still working on getting a copy of the Hunter Biden laptop.

“They were in meetings with me when we were trying to negotiate to get a copy of the hard drive,” he said. “And in the end, their leadership said, ‘Stop, don’t touch it. We don’t want to know.’”

Shaffer also took aim at a group of 51 national security experts who released a letter before the 2020 election claiming that the laptop had the signs of a Russian disinformation effort, a claim that has since been proven.

Former Director of National Intelligence Jams Clapper and former CIA officers, according to Shaffer, stated in the letter that they had no intelligence to back up their claims.

“It was a hit piece based on those individuals siding with a political cause and party over their oath of office,” he said.