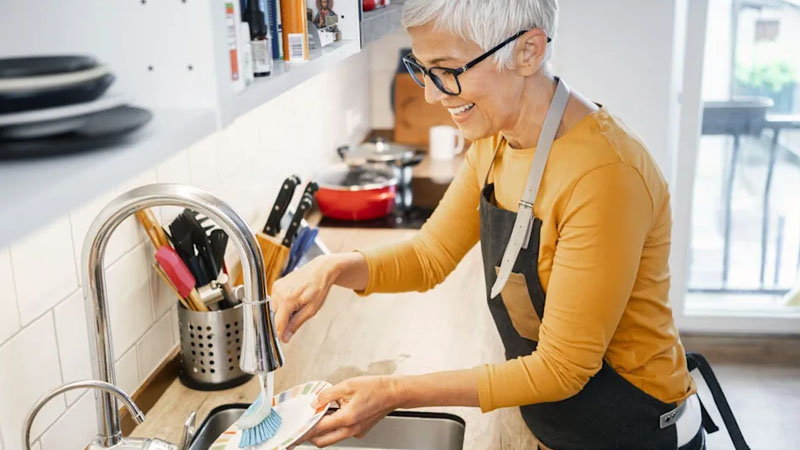 Daily responsibilities, such as household chores, may appear mundane, but the truth is that these seemingly insignificant activities can actually enhance your overall health. In fact, researchers from the University of California-San Diego published a new study in the Journal of the American Heart Association that highlighted how daily tasks like cooking, vacuuming, gardening, and even taking a shower can protect against heart disease.

“The study demonstrates that all movement counts towards disease prevention,” Dr. Steve Nguyen, the study’s first author, said in a media release. “Spending more time in daily life movement, which includes a wide range of activities we all do while on our feet and out of our chairs, resulted in a lower risk of cardiovascular disease.”

The researchers examined 5,416 healthy women aged 63 to 97 years old from all around the United States and classified each minute they were awake into one of five categories: sitting, sitting in a vehicle, standing still, walking or running, and everyday living movements. Dress, cooking, and gardening were among the latter’s activities.

Participants wore an accelerometer on their waist for up to seven days to document their movements, and the researchers tracked their motions for nearly eight years. During that time, 616 of the study’s volunteers were diagnosed with cardiovascular disease, 268 of whom had coronary heart disease, 253 of whom had a stroke, and 331 of whom died.

The study authors wrote, “Describing the beneficial associations of physical activity in terms of common behaviors could help older adults accumulate physical activity.” “Our results are noteworthy since much of the movement engaged in by older adults is associated with daily life tasks, which may not be considered PA (physical activity) by older adults themselves or by questionnaires.” The team found that “being up and about” lessened risks of big cardiovascular events or deaths and “all movement counts” towards preventing severe health conditions.

“Nonetheless, DLM should be promoted given its ubiquity in everyday life and relatively low risk,” the researchers wrote. “To determine the scope of potential health benefits of DLM, future research should test associations with other aging‐related outcomes.”

The team added that “healthcare providers and future national physical guidelines should consider describing the health benefits of PA in terms of common behaviors resulting in PA, such as DLM, which could help older adults accumulate PA.”

Trump confesses he put pressure on Attorney General Bill Barr to take the fall for his coup: ‘You have to get impeached, maybe’

Stimulus Checks Update: Another Payment For The Omicron Variant