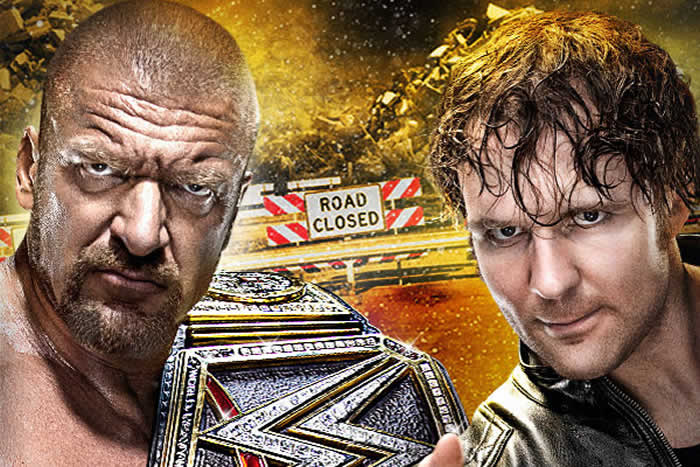 After an assault on “The Lunatic Fringe,” HHH agreed to the match, but didn’t name a time or place. Today, WWE has filled in the blanks, announcing that the bout will take place on their Network’s live “Roadblock” special.

Previously titled “March to WrestleMania: Toronto,” the show has been renamed to better reflect the “road” metaphor WWE uses each year prior to the show of shows. While the Triple H-Dean Ambrose bout will headline the event, other matches were advertised in the market last month, including number one contender Roman Reigns versus Sheamus and Brock Lesnar versus Luke Harper.

Those matches, of course, are subject to change, and nothing is set in stone until confirmed on television. There have also been rumors that the show will see the involvement of NXT talent, including Sami Zayn, Enzo and Big Cass, and Tag Team Champions The Revival, but the extent of their participation remains unknown.

Birthday Special: 15 Things About Justin Bieber You Definitely Did Not Know

Best Ways to Work on Your Golf Swing From Home