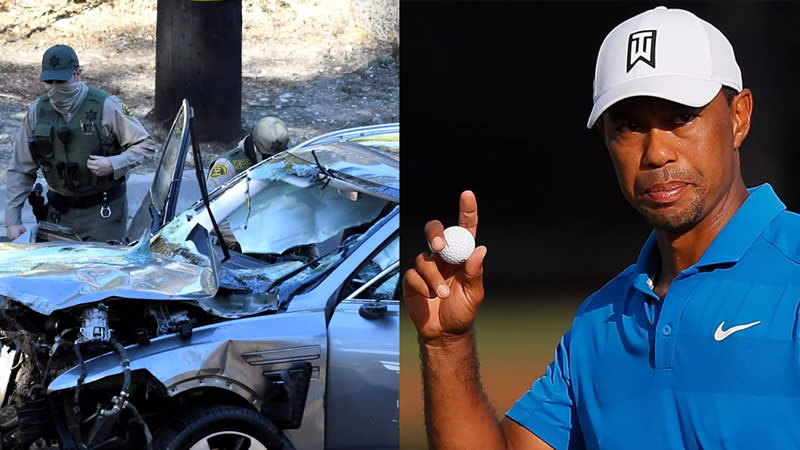 Investigators will check the car’s black box to gain information about speed, but no criminal charges are expected.

Villanueva confirmed the conclusion from a responding officer that there was “no evidence of impairment” in a video conference with reporters Wednesday.

“This is purely an accident,” Villanueva reiterated.

The cause of the accident remains under investigation. Villanueva said that investigators hope to determine the speed of Woods’ vehicle prior to the collision and couldn’t rule if Woods was considered a distracted driver.

Distracted driving would be considered an infraction rather than a criminal charge.

“Reckless driving is actually more than an infraction,” Villanueva said. “That’s a misdemeanor crime that has a lot of elements attached to it. This is nothing like that.”
Woods ‘awake, responsive’ after surgery

Woods’ vehicle struck a median and traveled several hundred feet before coming to a stop in a gully. The collision occurred as Woods was driving down a steep, curvy section of a road south of Los Angeles known to be problematic for speeding drivers.

Woods was removed from his vehicle by emergency responders and taken to Harbor-UCLA Medical Center on Tuesday with a shattered ankle and compound fractures in his right leg. Nobody else was in the car.

Woods underwent emergency surgery to insert rods and pins to stabilize his broken bones and address trauma to soft tissue surrounding the breaks.

Woods’ representatives announced late Tuesday that he was awake and responsive after undergoing a “long surgical procedure.”