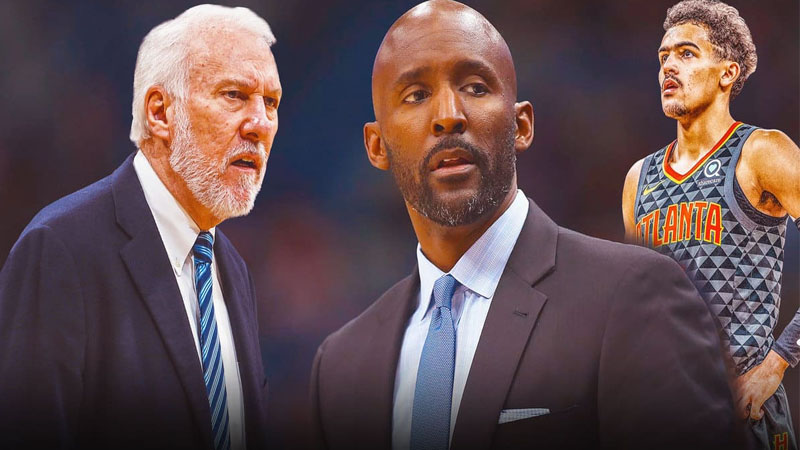 With Atlanta giving the 44-year-old Pierce just 34 games in 2020-21, it will now be former Indiana Pacers head coach Nate McMillan who attempts to right the ship for the 14-20 Hawks.

“We all know it is a volatile environment and that sort of thing, but you don’t want to miss on people like him,” Popovich recently said, via Tom Orsborn of the San Antonio Express-News. “It’s like missing on a really good player in the draft or evaluating somebody wrongly. He is the kind of guy you can build a culture around.”

Pop suggested Atlanta will come to regret its firing of Lloyd Pierce.

The Hawks, as of this writing, sit in 11th place in the Eastern Conference standings with Atlanta coming off a 109-99 loss to the surging Miami Heat on Sunday evening. Perhaps more importantly, the Hawks’ latest loss was the team’s 11th defeat of the season after holding a lead in the fourth quarter. Because Pierce and the Hawks were expected to do some pretty big things in 2020-21, it appears as though the leash was quite short in Atlanta as the aforementioned McMillan will take over in an interim capacity with the All-Star break right around the corner.

Originally hired by the Hawks back in 2018, Pierce will wrap up his Atlanta tenure with a 63-120 record to his credit as the team missed out on the postseason in each of his two full seasons at the helm.