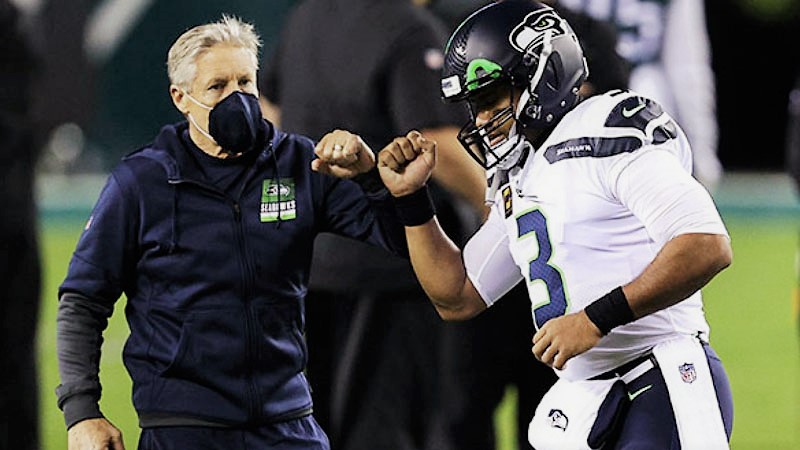 According to a tweet from The Athletic, the Seahawks quarterback feels that coach Pete Carroll and his sons “answer to no one” in the organization. Nate and Brennan Carroll both worked for the Seahawks, with Brennan recently leaving for a role with the University of Arizona. Nate Carroll remains the Seahawks’ wide receivers coach, and has reportedly been so frustrated with his role that he briefly stepped away from the team.

Seahawks receivers coach Nate Carroll, Pete’s son, briefly stepped away from the job in frustration over his role, sources tell The Athletic.

He made his unhappiness known to players.

Russell Wilson and those around him believe Carroll, and his sons, answer to no one. pic.twitter.com/pz5gv8yNwI

This goes along with other recent reports saying that Wilson is unhappy with his own lack of influence in his head coach’s gameplanning.

Carroll’s success in Seattle means he’s been given significant power over the team. So has Wilson, but the quarterback seemingly feels he isn’t being heard. If there’s no one holding Carroll accountable, that perception would certainly make sense.

Coronavirus Crisis Unlikely to be Over by the End of the Year, WHO warns