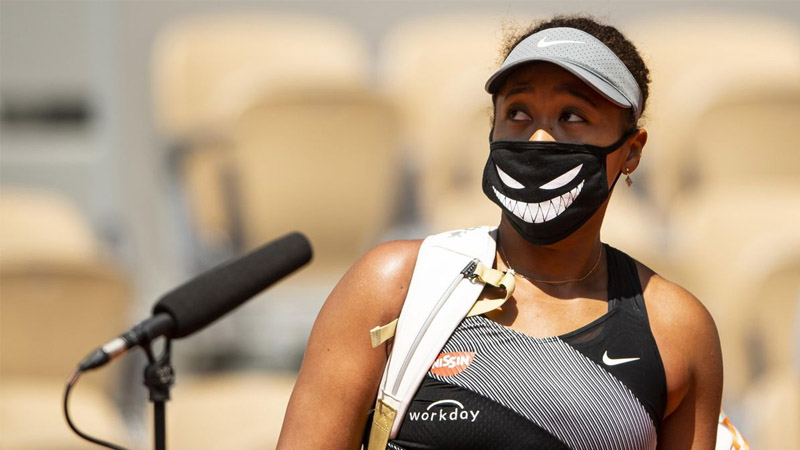 Plenty of prominent athletes and other big names from the sports world rushed to social media to support Naomi Osaka after she withdrew from the French Open.

Osaka announced on Twitter on Monday that she was pulling out of the event just days after she made the decision not to speak to reporters during the tournament.

“The truth is that I have suffered long bouts of depression since the U.S. Open in 2018 and I have had a really hard time coping with that,” she wrote in a statement, in part. “Anyone that knows me knows I’m introverted, and anyone that sees me at the tournaments will notice that I’m often wearing headphones as that helps dull my social anxiety … I’m gonna take some time away from the court now, but when the time is right I really want to work with the Tour to discuss ways we can make things better for the players, press and fans.”

Osaka’s media blackout drew plenty of backlash, including from the French Open itself — which sent out, and later deleted, a shady tweet about it, fined Osaka and even threatened to default her from the tournament.

French Tennis Federation president Gilles Moretton issued a statement after Osaka’s withdrawal, too, but declined to answer any questions from reporters while doing so.

Athletes, sports figures support Osaka on Twitter
Shortly after Osaka’s statement, plenty in the sports world and beyond offered their support on Twitter.

Williams said that she would enter press conferences feeling anxious or concerned “a lot,” and that all she is focused on with the situation is Osaka’s health.

“The only thing I feel is that I feel for Naomi,” she said. “I feel like I wish I could give her a hug because I know what it’s like. Like I said, I’ve been in those positions.

“We all have different personalities, and people are different. Not everyone is the same. I’m thick. Other people are thin. Everyone is different and handles things differently. You just have to let her handle it the way she wants to, in the best way she thinks she can, and that’s the only thing I can say. I think she’s doing the best she can.”