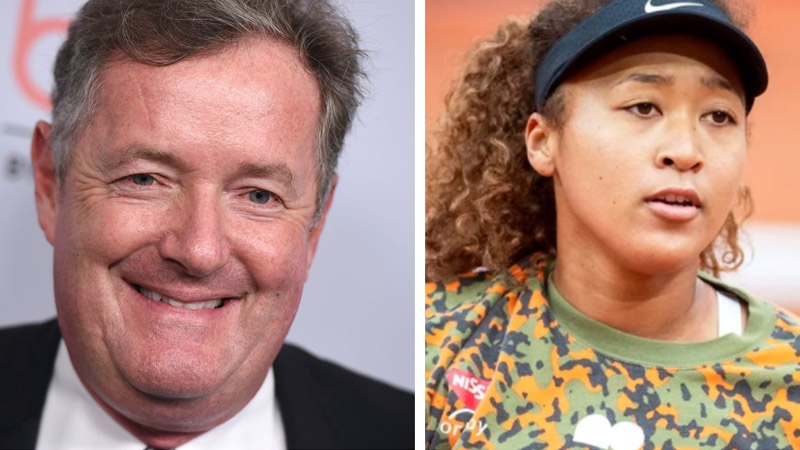 Piers Morgan the presenter who famously stormed off the set of “Good Morning Britain” after criticism from a co-host, faced furious backlash Monday after he wrote a column calling tennis star Naomi Osaka a “brat” for refusing to speak to media in order to protect her mental health.

Tennis Grand Slam tournament leaders announced Sunday that Osaka, 23, would be fined $15,000 for refusing to attend mandatory post-match press conferences at the French Open. Osaka had announced her decision last week, citing mental health. She withdrew from the tournament Monday, revealing that she’d battled with depression since the U.S. Open in 2018 and has had “a really hard time coping with that” as well as social anxiety.

“So here in Paris I was already feeling vulnerable and anxious so I thought it was better to exercise self-care and skip the press conferences,” she said in a statement on social media.

Morgan tweeted Monday morning that his column about “world sport’s most petulant little madam” was being published in the Daily Mail, prompting an uproar on social media. In a follow-up tweet with a link to the article, he said Osaka’s “cynical exploitation of mental health to silence the media is right from the Meghan & Harry playbook of wanting their press cake and eating it.”

He had gone after Meghan Markle in a similar fashion after she revealed that the pressures of royal life had led her to suicidal thoughts earlier this year in an interview with Oprah Winfrey. When Morgan was called out by a “Good Morning Britain” colleague for trashing the Duchess of Sussex, he walked off the set and ultimately left the show for good.

TV watchdog Ofcom had received tens of thousands of complaints at the time, after Morgan cast doubt on Meghan’s revelation about her mental health, saying, “I don’t believe a word she says.” Morgan routinely calls Meghan a brat and has publicly gone after her for years.
He was branded a hypocrite and a bully after his latest attack, and was slammed again for stigmatizing and dismissing mental health concerns. See some of the reaction below.

Piers Morgan walked off his studio because he couldn’t even withstand hearing mild criticism from his colleague. The man is the most fragile, brittle spirit. He’s a nothing compared to Naomi Osaka.