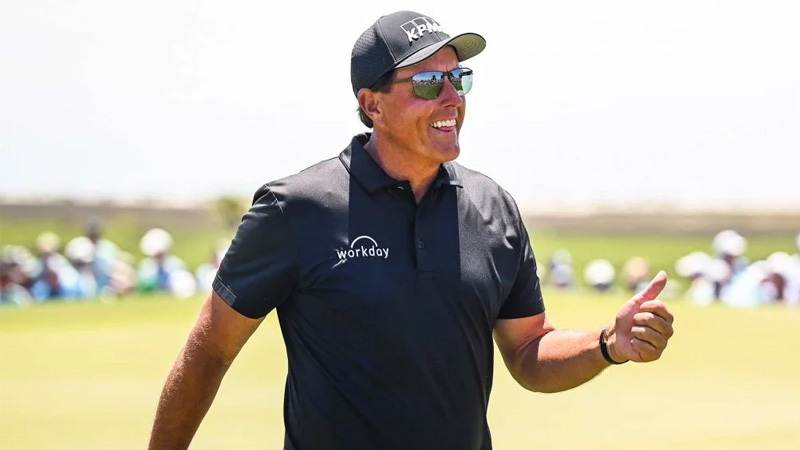 A third wheel has now entered the Brooks Koepka vs. Bryson DeChambeau rivalry: Phil Mickelson. No, Mickelson doesn’t seem to have a beef with anyone, but Lefty sure does like to stir the pot, which is what he did on Wednesday.

First, let’s rewind to Monday, when a video featuring Koepka seemingly annoyed at DeChambeau at last week’s PGA Championship went viral (before it was eventually taken down). Conspiracy theories followed regarding what Koepka, exactly, was miffed about. These two have a little bit of a history.

Now, fast forward to Wednesday, when the latest edition of The Match was announced. It will be Mickelson and Tampa Bay quarterback Tom Brady vs. DeChambeau and Green Bay Packers quarterback Aaron Rodgers facing off in July.

That led to a Koepka tweet at DeChambeau’s partner.

That tweet quickly created waves on social media, and apparently Mickelson, who has had his fun on Twitter the past few days, saw it too. Mickelson is still fresh off his 2021 PGA Championship victory, in which he out-dueled Koepka in their final-round pairing. Koepka had won PGAs in 2018 and 2019.

DeChambeau had been quiet, save for an Instagram comment on the viral video, but he also responded to Koepka.

How To Fight For Your Marriage Alone

Cycling for Body and for Mind