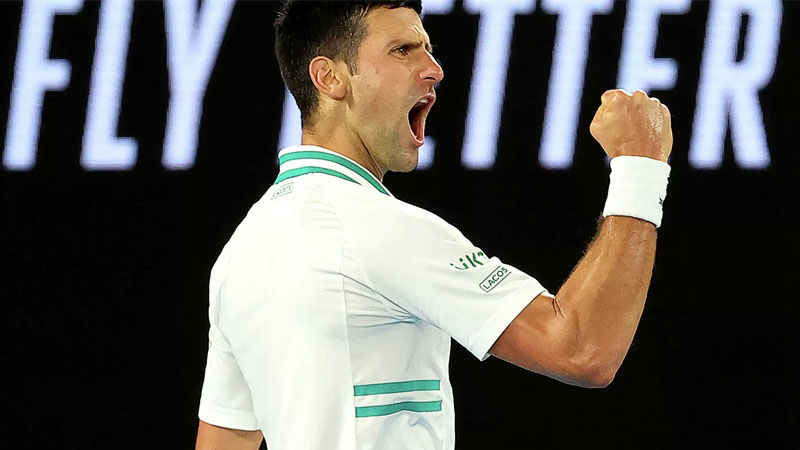 The news that Novak Djokovic will team up with Roger Federer, Rafa Nadal, and Andy Murray to represent Team Europe at the Laver Cup in September has sent the tennis community into a frenzy.

Bjorn Borg will lead Europe’s dream team against Team World in the fifth iteration of the competition, which will take place in London’s O2 stadium from September 23–25.

It will be the first time all four of the “Big 4” will play together as well as the first time Wimbledon winner Novak Djokovic has participated in the competition since it was held in Chicago in 2018.

When Djokovic last competed in 2018, the only other member of the ‘Big 4’ to play was Federer, however, in 2022, Team Europe will have all four at their disposal.

“It’s the only competition where you can play in a team environment with guys that you’re normally competing against and to be joining Rafa, Roger, and Andy – three of my biggest all-time rivals,” Djokovic said on Friday.

“It’s going to be a truly unique moment in the history of our sport.”

As per Yahoo, team Europe still needs to fill two roster spots, while Team World has named its six-member team, which includes Felix Auger-Aliassime of Canada, Taylor Fritz of the United States, and Diego Schwartzman of Argentina.

“I don’t think I could have imagined having these four icons of the sport on one team together,” Borg said.

“I know they, like I, appreciate the significance of this moment and will be truly up for it.

“Each year our goal is to win. With Rafa, Roger, Andy, and Novak on the team, I like our chances.”

The Tennis world erupts over the Laver Cup dream team

Following his defeat in the Wimbledon fourth round in 2021, Federer underwent his third knee surgery and hasn’t played in over 12 months.

He did, however, formally announce earlier this year that he will partner with Nadal to make his comeback at the Laver Cup before returning to the ATP tour in Basel in October.

The dream team was then complete when Djokovic announced his addition earlier this month after Murray had already confirmed his participation.

The four greatest men’s tennis players, Nadal with 22, Djokovic with 21, Federer with 20, and Murray with three, have won 66 grand slam titles between them.

The four players have dominated men’s tennis for nearly two decades, capturing 66 of the past 76 grand slam titles on offer and winning every Wimbledon title since 2003.

Australian great Lleyton Hewitt, who won the second of his two majors at the All England Club in 2002, was the most recent player outside of the “Big 4” to win Wimbledon.

Between February 2004 and February 2022, one of Federer, Nadal, Djokovic, or Murray held the top spot in the world rankings each week. Daniil Medvedev, the current No. 1 player from Russia, stopped that streak in February 2022.

Tennis fans and commentators were sent into meltdown over the news that Djokovic had agreed to play on Friday.

Kim Richards reveals why she’s no longer friends with Brandi Glanville: “but she never responded”