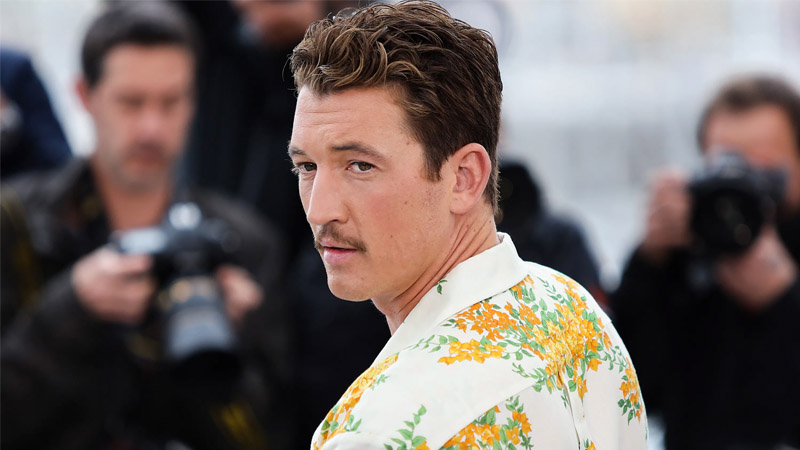 Miles Teller finally spoke out on social media following reports he was assaulted while on vacation in Hawaii.

On Friday (May 28), the actor tweeted in response to a poorly-made joke by SiriusXM host Pat McAfee, who tweeted, “WOW Miles Teller didn’t even eat a shot that hard” alongside a clip featuring professional wrestlers on WWE’s Smackdown.

Turns out Teller saw the jab and decided to set the record straight by replying directly to McAfee’s tweet himself. “I got jumped by two guys in a bathroom. Never met them before in my life but ya cool wrestling segue bud,” the Whiplash star wrote.

Upon receiving the response from Teller, McAfee immediately tried to walk back his attempt at making light of the actor’s attack. Well, at least partially…

“Miles.. I apologize for not knowing the whole story. I will fix my position and make it right… with that being said, it was a pretty good segue,” he tweeted back to the star.

Check out Teller’s exchange with McAfee below.

Teller’s wife, Keleigh Speller Teller, was the first two speak out about her husband’s ordeal, which occurred while the couple were on vacation with his close pal and former co-star Shailene Woodley and her fiancé, NFL star Aaron Rodgers. (Teller and Woodley have appeared together in multiple films throughout their careers, most notably in 2013’s The Spectacular Now and the Divergent series.)

At the time, Keleigh shot down on false reports that the physical assault had occurred over money, setting the record straight on her Instagram Stories that the two unknown assailants “trapped him in a bathroom.”

The Maui Police Department also provided a statement to People over the weekend, confirming that “the incident is currently under investigation” but that “no further information is available at this time.”

Teller is set to replace Armie Hammer as film producer Al Ruddy in the upcoming Paramount+ limited series The Offer, which will follow the making of 1972’s The Godfather.