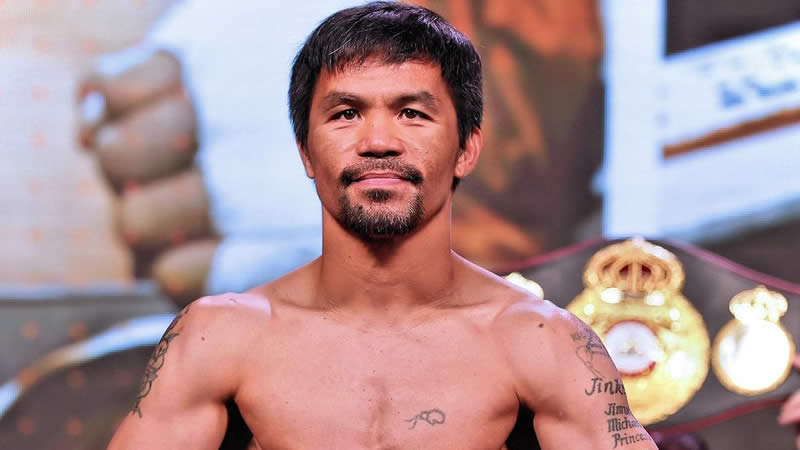 Professional boxer Manny Pacquiao, the eight-division world champion and senator from the Philippines, announced his retirement from the ring.

Pacquiao, 42, said in a 14-minute video posted on his Facebook page. “As I hang up my boxing gloves, I would like to thank the whole world, especially the Filipino people, for supporting Manny Pacquiao.

Goodbye boxing. It is difficult for me to accept that my time as a boxer is over. Today I am announcing my retirement.”

Pacquiao had 62 victories, eight losses, and two draws in his 26-year, 72-fight career. 39 of the 62 victories were by knockout, while 23 were by decision. He is the first fighter in history to have won world titles in eight different weight categories.

On Aug. 21, he announced his retirement from boxing after a disappointing loss to Yordenis Ugas in Paradise, Nevada.

“Thank you for changing my life. When my family was desperate, you gave us hope, you gave me the chance to fight my way out of poverty,” Pacquiao said. “Because of you, I was able to inspire people all over the world. Because of you, I have been given the courage to change more lives”.

Pacquaio had recently hinted at retirement. It was also expected because he has his sights set on a bigger political battleground.

Pacquiao was a boxing idol for Eddie Banaag, a 79-year-old retiree, who said he watched almost all of his fights. He believes, however, that the boxing legend should have retired earlier.

“He should have done that right after his victory over (Keith) Thurman. It would have been better if he ended his boxing career with a win rather than a loss.”

Still, Pacquiao believes he will always be remembered as a winner.“I will never forget what I have done and accomplished in my life,” Pacquiao said Wednesday. “I just heard the final bell. The boxing is over. “