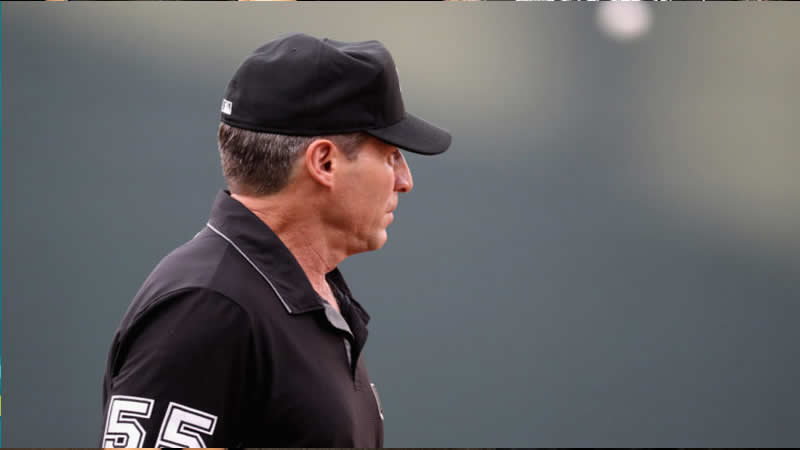 The pitch was outside – very, very outside.

According to Umpire Auditor, the called strike three was more than four inches off the plate. Still, it was called for a strike.

“Umpire Angel Hernandez rang up Buster Posey on a pitch that missed outside by 4.31 inches,” Umpire Auditor tweeted.

MLB fans appear to be ready for robot umpires behind home plate.

“If certain umpires who’ve been exceedingly bad over the years were actually held accountable, I wonder if there’d still be such a strong push for robo umps,” one fan wrote.

“This is just absolutely unacceptable. Do something about it,” another fan added.

The Dodgers beat the Giants, 3-2, on Monday evening. Los Angeles improved to 48-31 on the season, while San Francisco dropped to 50-28 on the year.