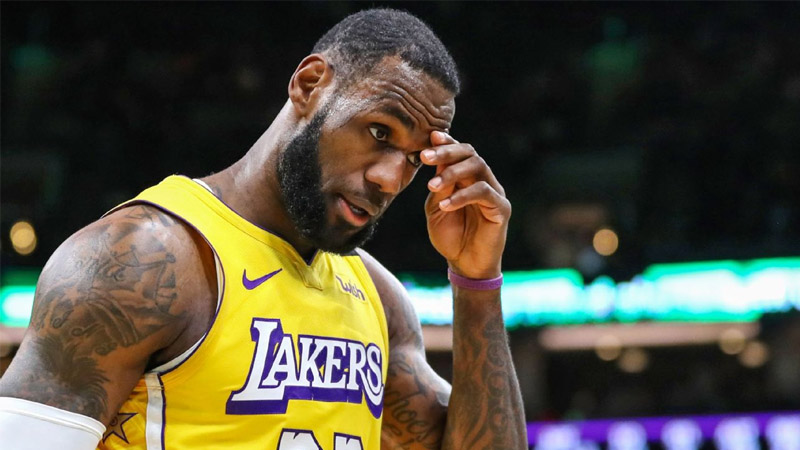 LeBron James was understandably upset that his Los Angeles Lakers couldn’t win Game 1 against the Phoenix Suns. But he’s not going to stay bitter over it if he can help it.

Speaking to the media after losing 99-90 in Phoenix, LeBron had a simple, blunt message after the loss. “I’ll be ready for Game 2,” he said. LeBron was involved in some physical play in Game 1, but he appears to be ready to go for Game 2.

LeBron had a team-leading 18 points and 10 assists as Deandre Ayton kept fellow-Lakers forward Anthony Davis under wraps. Davis led the team in minutes on the court but was held to 5-of-16 on field goals and just 13 points.

Many people have taken to social media to blame Anthony Davis for the Lakers’ struggles this evening. But just about everyone on the Lakers failed to step up in the face of that Suns defense.

The Lakers fought tooth and nail just to get to this point, winning a thriller against the Golden State Warriors in the play-in round to secure that No. 7 seed against the Suns.

LeBron James pretty much put the Lakers on his back to win that game, scoring the go-ahead shot in the 103-100 win. But that same magic just wasn’t with the Lakers at Phoenix Suns Arena tonight.

Maybe they’ll find it on Tuesday.

If they don’t they’ll be in a huge hole heading back to Los Angeles later this week.

Can LeBron James get the Lakers over the hump and win this series?

Mick Jagger’s son, 4, Bears Striking Resemblance To His Dad As A Little Boy In New Pic