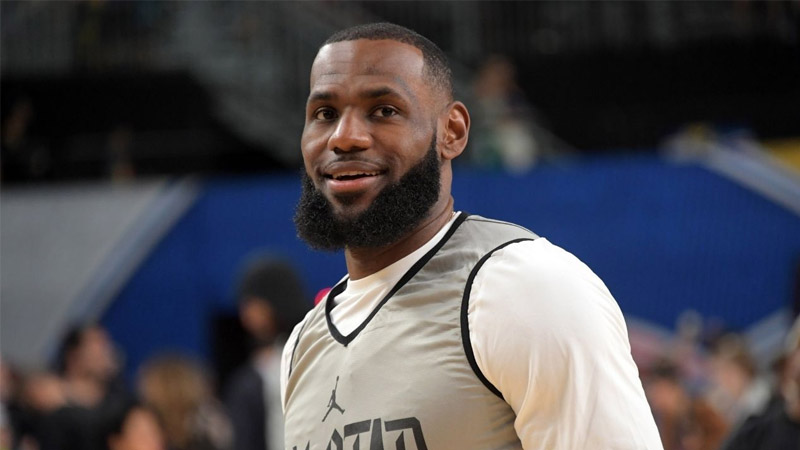 Bronny James is on the latest cover of Sports Illustrated, but not because of basketball.

The 16-year-old son of LeBron is featured on the cover for being a member of FaZe Clan. The eSports team is one of the best in the business, and also features the likes of Arizona Cardinals quarterback Kyler Murray.

LeBron couldn’t be prouder of his son. He had an awesome reaction after seeing the Sports Illustrated cover on Thursday.

We don’t envision this being the last time Bronny James graces the cover of a sports magazine. He has a long and bright future ahead of him.

Some suggest LeBron is waiting to retire until Bronny enters the NBA. It’ll take a few more years, but what a sight it would be to see the father and son be on the court together, especially if they were playing on the same team.

Bronny is currently playing for Sierra Canyon High School in Los Angeles. He’s a rising star in the high-school basketball world, and is already one of the top prospects in his class. He has yet to reach his full potential, too.

Bronny is taking full advantage of all his opportunities. He not only has a career in basketball, but is making a name for himself in the e-Sports business.

Charlie Strong Reacts To What He’s Seeing From Tim Tebow