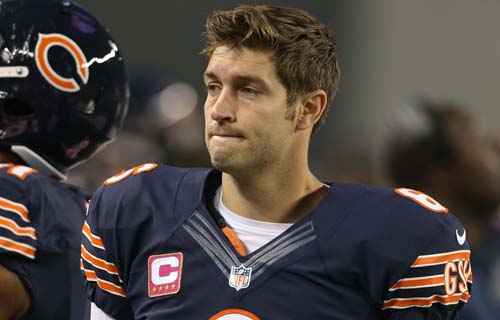 Jay Cutler was blindsided when told he would be benched in favor of Jimmy Clausen.

“Shocked I think at first, I didn’t see it coming,” Cutler said Thursday of his initial reaction. Despite the benching, which could signify a potential end to his career with the Chicago Bears, the quarterback said he doesn’t want to play elsewhere.

“I would like to stay here,” Cutler said. “I really like it here. I love the guys in the locker room. This is where I’d like to be.”
[contentblock id=2 img=adsense.png] 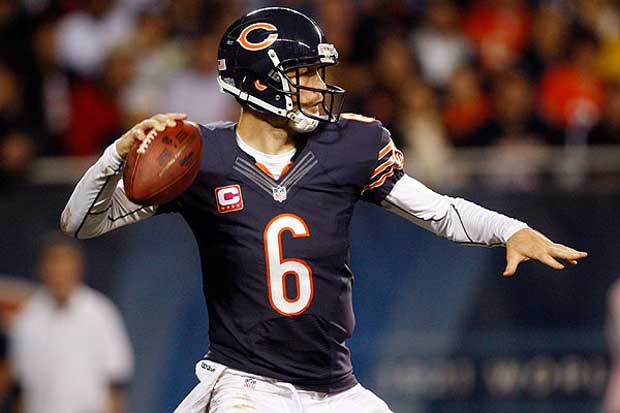 The 31-year-old quarterback is in his sixth season in Chicago and signed a seven-year, $127 million contract in the offseason, with $54 million guaranteed.  Cutler has been in the eye of the storm surrounding the Bears in 2014. The quarterback’s poor play has been criticized all season — he leads the NFL in turnovers. The turmoil hit its peak last week after NFL Media Insider Ian Rapoport reported about the Bears’ having “buyer’s remorse” over his contract. Bears offensive coordinator Aaron Kromer then admitted to the team he was the source of one part of the report criticizing Cutler’s play.

After being told of his demotion, the quarterback said he considered that Monday night’s disaster could have been his last game in Chicago.
[contentblock id=3 img=gcb.png]
“Yeah. It definitely crossed my mind, for sure,” Cutler said.

The veteran admitted that he “didn’t take the benching well” after being told on Wednesday that Trestman was going to go with Clausen. However, in a very even-keeled presser on Thursday, Cutler added he believes he could still work with Trestman if both returned to Chicago next year, calling him a “heck of a quarterback coach.” Barring a drastic change in on-field play, it doesn’t appear Trestman will survive more than the final two games of the season. The Bears will then have a decision to make on what to do with their high-priced quarterback.

Cutler wants to remain in Chicago, but it’s likely not his choice to make.