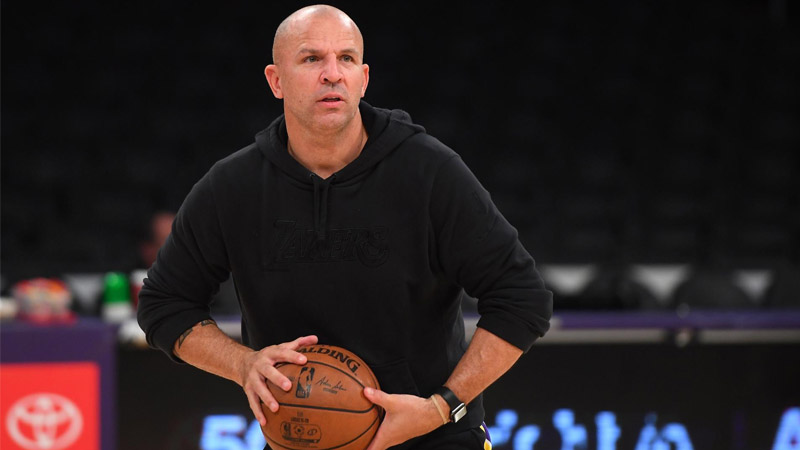 According to FOX Sports’ Melissa Rohlin, the Orlando Magic requested to interview Kidd for their head coaching position. The Lakers granted that permission, and the interview will reportedly take place later this week.

In the last two weeks alone, Kidd has been mentioned as a possible candidate in Boston and Portland, though he ultimately removed his name from consideration for the latter position despite public support from Trail Blazers star Damian Lillard.

Kidd has been an assistant on Frank Vogel’s staff in LA since 2019. Prior to that, he had stints as a head coach in Brooklyn and Milwaukee.

Kidd is 183-190 in four-plus seasons as an NBA head coach. He reached the playoffs twice with the Nets and once with Milwaukee, but only advanced past the first round one time.

It’s a bit of a running gag how every time there is an opening in the NBA, Kidd’s name is brought up. This is the first interview reported for him this offseason.

We’ll see if it’s the last.