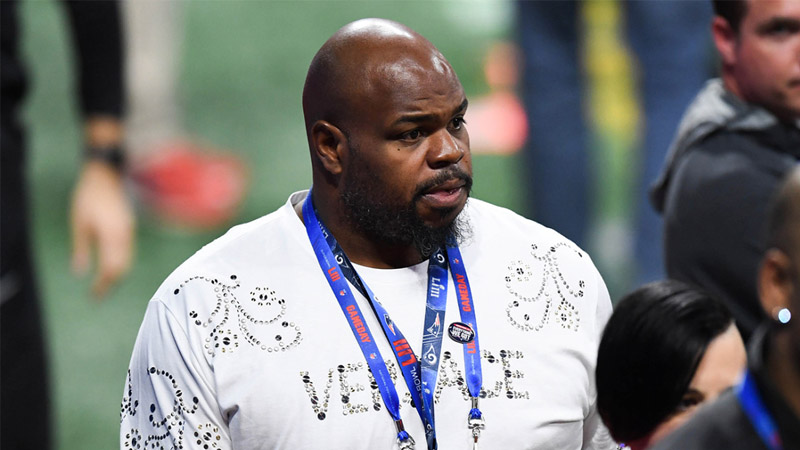 According to a report from the Galveston Daily News, D’Aundre Holmes-Wilfork, the son of former New England Patriots star Vince Wilfork, stole his father’s rings. The Super Bowl rings were among greater than $300,000 worth of property stolen, according to the report.

In May, Wilfork reported several items of jewelry, including two Super Bowl rings, two AFC championship rings and a college football championship ring were all missing. The longtime Patriots said also said he was missing expensive necklaces, bracelets and earrings, according to the complaint.

According to the report, Wilfork’s son sold at least some of the items.

“Wilfork was able to reach the person who claimed to own the rings,” the report read. “That person said he had bought the jewelry from Holmes-Wilfork son in May 2020, paying $62,000 for them.”

After Wilfork reported the rings stolen, they were turned in to the Friendswood Police Department, according to the report.

Police arrested D’Aundre Holmes-Wilfork on May 22 after being charged with the theft. His bond was set at $300,000.

He was no longer listed in custody at the jail as of Tuesday morning.