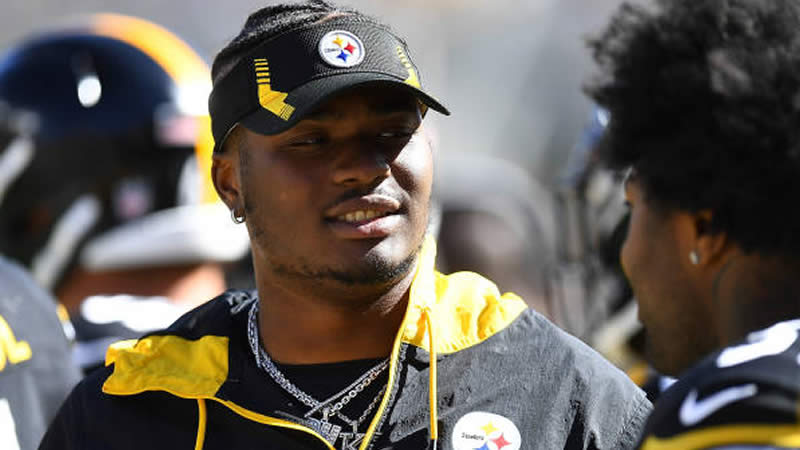 Dwayne Haskins, the Pittsburgh Steelers quarterback who died in a traffic accident in April, had alcohol and ketamine in his system at the time of his death, according to an autopsy.

According to medical records obtained by PEOPLE from the Broward Medical Examiner’s Office in Ft. Lauderdale, Florida, Haskins “drank heavily” before passing away, with toxicology results indicating blood alcohol levels of.20 and another fluid level of.24. According to the Miami Herald, the legal blood alcohol content limit in Florida is.08.

Haskins was found to have both ketamine and norketamine in his system at the time of death, when he was hit by a passing dump truck and another vehicle on the westbound side of Interstate 595 in Fort Lauderdale after exiting his car on the morning of April 9.

Haskins died of blunt force trauma, according to the autopsy report, and his death was ruled accidental. PEOPLE has requested the report from the Broward Medical Examiner and is awaiting a response.

According to the Herald, a Pittsburgh Steelers team official also told the Medical Examiner that Haskins had gone to dinner with a friend or cousin after training the day before.

The pair then went to a “club, possibly in Miami,” the report also said. “They drank heavily and at some point, they got into a fight, separating.”

Prior police reports obtained by PEOPLE claim that Haskins exited his vehicle to look for gas shortly before he was killed.

Dwayne’s wife, Kalabrya Haskins, is heard telling 911 dispatchers that her husband began walking to a gas station after becoming stranded on I-595 in recordings sent to PEOPLE in April.

He planned to call her when he returned to his car, according to Kalabrya, but when repeated calls to him went unanswered, she dialed 911.

“I just want somebody to go to the area to see if his car’s there, see if he’s O.K., if anything happened to him,” Kalabrya told dispatchers in the recording.

“That’s just not like him to not call me back and for his phone to go dead,” she added. “He was stranded by himself. He was walking, though.”

A dispatcher informed Kalabrya of an incident on I-595 that morning, but they couldn’t confirm it was Dwayne at the time.

According to a separate report sent to PEOPLE at the time, Dwayne was on I-595 when the left side of an oncoming vehicle struck him.

He was “partially” hit by the right side of a second vehicle that tried to swerve to avoid him after the collision. Both cars came to a halt at the scene.

A third vehicle, described as beige or cream-colored by one witness, may also have been involved. There is no other information about the car.

Following his successful college career, the former Ohio State University quarterback played for the Washington Commanders and then the Steelers.

He was in Florida as a guest of new Steelers quarterback Mitch Trubisky, where the team was holding training sessions in preparation for the 2022 season, which begins in early April.

Puppy found in Desert Hot Springs area with an arrow through its neck, and the suspect is still at large