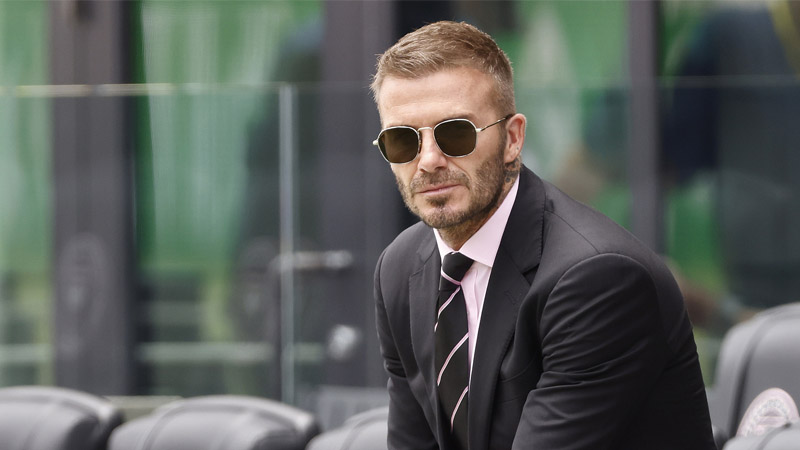 It’s never too late to teach a dog new tricks!

David Beckham shared a video on Instagram Monday of himself attempting to teach the family’s dog, Fig, how to perform a high five.

In the video, a shirtless David kneels on the kitchen floor, telling Fig, “give me your paw.” Fig obliges, earning a treat from the athlete before the English cocker spaniel pounces up for more.

“All we do in lockdown is high five and eat #figLovesHighFives,” David, 46, wrote in the caption.

David and his son, Brooklyn Beckham, have been teaching some tricks to their furry family member, whom they got in October 2018.

“Someone loves a digestive,” David wrote on his Instagram in May, posting a video of himself once again asking for the pup’s paw. “@brooklynbeckham great teacher.”

While the couple are set to celebrate their 22nd wedding anniversary next month, the family is also getting ready to add another member to the clan after Brooklyn announced his engagement to fiancée Nicola Peltz in July 2020.

“He’s so happy – they are both so happy,” Victoria said of the couple during an appearance on Lorraine in December. “[Nicola] is just wonderful.”

“She’s sweet, she’s kind, she’s such a lovely, warm, wonderful, wonderful woman,” the fashion designer continued of the 26-year-old actress. “We couldn’t have asked for Brooklyn to meet a more adorable, lovely lady. We are very happy. We love her. He’s so happy.”

In April, the engaged pair appeared in a Vogue Germany spread shot by Brooklyn.

“U look incredible!!!! Kisses xx,” Victoria raved after Peltz shares photos from the shoot on her Instagram, while Brooklyn wrote in the comments section, “Holy s- ❤️❤️❤️ my baby xxxx love you.”