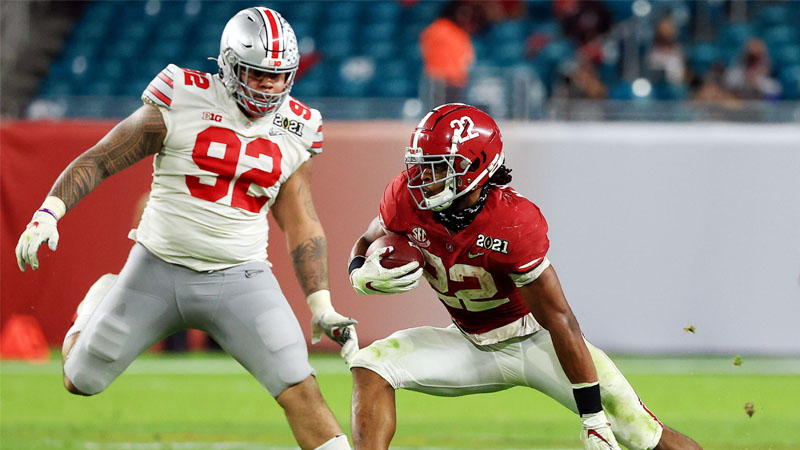 Sports fans were promised major news regarding the College Football Playoff this week, and moments ago, Pat Forde and Ross Dellenger of Sports Illustrated delivered.

According to the latest report from Forde and Dellenger, the College Football Playoff working group is recommending a 12-team format.

“The CFP working group is recommending a 12-team playoff: 6 highest-ranked conference champs & 6 at-large,” Dellenger tweeted. “The 4 highest-ranked champs get a bye while other 8 play 1st-round games on campus. Long way from done, but this is the recommendation.”

Some people, like Matt Baker of the Tampa Bay Times, believes this proposal is almost too good to be true.Others, however, are a little concerned about the College Football Playoff adding too many teams to the field.

Fans have stated for years they want more than four teams in the Playoff. If this recommendation becomes a reality, they would get their wish. However, it sounds like fans are holding out hope for an eight-team format.

Unfortunately with something like this, it’s hard to find a middle ground.

College football fans do agree that an expanded field would help out the Group of Five. It would also take some pressure off the committee when it comes to deciding which teams deserve to be in.

Additionally, on-campus playoff games would be fun to watch. We all know just how chaotic college atmospheres can get on Saturdays.

What do you think about the latest recommendation for the College Football Playoff?