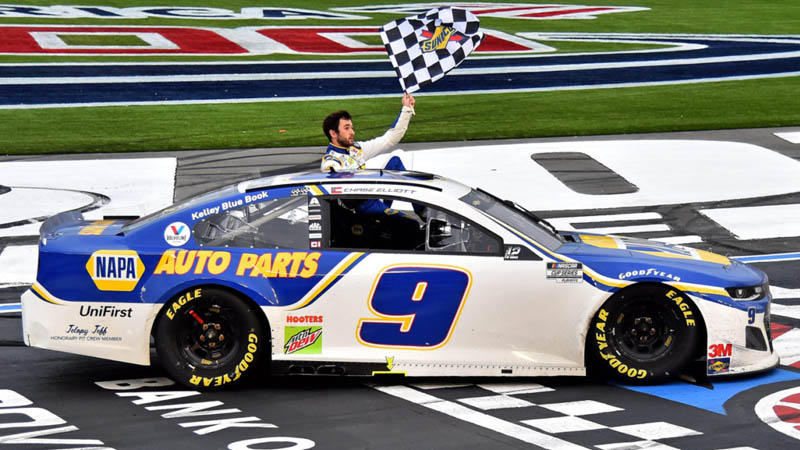 I don’t count points, don’t look at points, don’t care about points,” Kevin Harvick said prior to the resumption of the Round of 8 race at Texas Motor Speedway this past week.

If there was one “lock” to get into the NASCAR Cup Series Championship 4 race at Phoenix Raceway, it was the driver of the #4 Ford for Stewart-Haas Racing.

He entered the round of 8 with a 45-point advantage over the Championship 4 cut line thanks to a whopping 67 playoff points: 45 from a series-high nine wins, 15 from winning the regular season championship and seven from seven stage wins.

Even after a disappointing 16th place run at Texas Motor Speedway in a round of 8 race which he had won three years in a row entering 2020, he still sat 42 points ahead of the Championship 4 cut line heading into the round of 8 finale at Martinsville Speedway.

But in terms of where he sat should a winner from below that cut line emerge, he was just 15 points to the good.

Simply put, Harvick’s Martinsville Speedway race was a disaster. He found himself two laps off the lead lap early with a flat tire and did not score points in either one of the first two stages.

But by the end of the race, he was battling for positions, and his #4 Ford was finally able to pick up a few lead-lap spots.

Even with Hendrick Motorsports’ Chase Elliott, who entered the race 25 points below the cut line, out in front and set to become the second driver to lock into the Championship 4 with Team Penske’s Joey Logano having already done so by winning the round of 8 opener at Kansas Speedway, Harvick was within striking distance of qualifying for the Championship 4.

By the time the white flag flew and 499 of the race’s 500 laps had been completed around the four-turn, 0.526-mile (0.847-kilometer) oval in Ridgeway, Virginia, Harvick was in a battle — a points battle — with Joe Gibbs Racing’s Denny Hamlin and Team Penske’s Brad Keselowski, and two drivers would ultimately lock into the Championship 4.

With the points awarded as a result of these positions, Keselowski and Hamlin would have been tied on points, one point ahead of Harvick.

So Harvick needed to finish in ninth place, meaning he needed to pass Joe Gibbs Racing’s Kyle Busch. With the tiebreaker being the best finish in the round of 8, Harvick owned that tiebreaker over both Keselowski and Hamlin, having finished in second place at Kansas Speedway.

Harvick’s move on Busch was effectively to eliminate Hamlin.

But he didn’t just put a move on Busch. He put the bumper to the back of the #18 Toyota and spun him out, coming off of turn four with the checkered flag in sight.