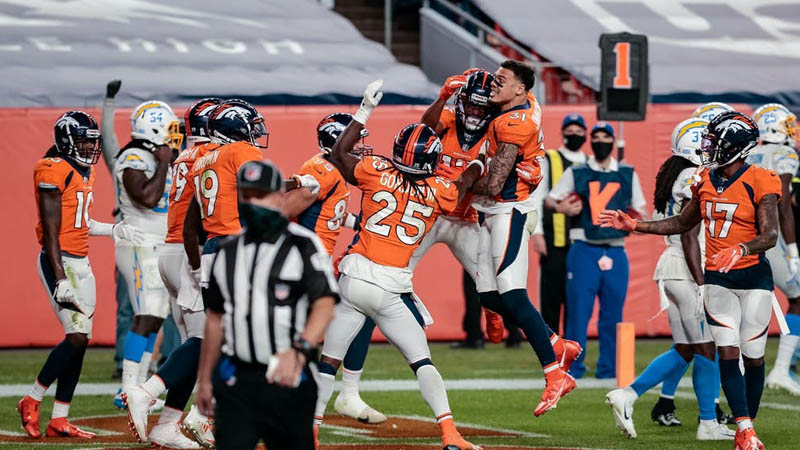 The ending to the Los Angeles Chargers (2-5) and Denver Broncos (3-4) matchup feels like the scene in Home Alone 2 where Kevin McAllister’s family wakes up late to go to the airport, his parents wake up and scream, “We did it again!”

“I thought we had the game under control,” said head coach Anthony Lynn. “And then did not make the plays in the fourth quarter to finish the game is very disappointing. Very frustrating.”

They have now blown four 16-point leads in the last four games. 17 against Tampa Bay, 17 against New Orleans, 16 against Jacksonville, and 21 against the Broncos today.

“It’s definitely tough to be so close and to be in a lead like that and to lose it,” said rookie quarterback Justin Herbert. “It’s definitely tough, but we can’t do anything about it. Now we can’t change the result of what just happened. All you can do is move on and watch the film. And I know tomorrow, we’re going to have a great, great day and practice great week of practice and get ready for our next opponent.”

The first quarter was rough for the Bolts. In the second quarter, Herbert threw two touchdown passes. One to receiver Keenan Allen and the other to fullback Gabe Nabers.

They went into halftime with a 21-3 lead.

he defense had played so well. They had held down the Broncos running back tandem of Melvin Gordon and Phillip Lindsay. They got after quarterback Drew Lock.

In the second half, Chargers drove down the field and finished off the drive with a Herbert touchdown pass to receiver Mike Williams. The Bolts were rolling.

They had contained Lindsay until, in the third quarter, he took a handoff and scored a 55-yard touchdown. That felt like it gave the Broncos a little bit of life.

“I just feel like everybody’s going to have to stay on your job, man,” said safety Rayshawn Jenkins. “Just stay connected. Stay in the game. Everybody has to forget about previous plays and just try to move forward. Take it play by play. Live in the play. Live in that moment.”

Next drive, the Chargers punted the football. Lock throws a pass to rookie receiver Jerry Jeudy in double coverage, and Jenkins intercepts it. The offense had great field position to put this game away potentially.

Herbert dropped back and threw it up to receiver Mike Williams in the end zone but is intercepted by Bryce Callahan.

“Definitely could have thrown a better ball,” explained Herbert. “But that’s one of those shots that I love to take with Mike.”

It looked like Williams almost had it, but Callahan’s hand fighting made the ball drop into his hands.

“He made a play,” said Williams.

That lead to Lock driving down the field, and finding tight end Albert Okwuegbunam for the nine-yard touchdown. The Broncos were down 24-17.

The Bolts offense gets a field goal to extend the score to 27-17. It was a shaky lead.

Next Broncos drive, they drove 75 yards in two plays and top it off with a Lock 40-yard touchdown pass to receiver DaeSean Hamilton.

Chargers answered with another Michael Badgley field goal to put the team up 30-24.

The Broncos offense drove up to the Bolts 18-yard line. They faced a fourth down with seven seconds left on the clock. Lock threw it into the end zone and had Okwuegbunam, but cornerback Brandon Facyson deflected the pass. The ref threw the flag and called pass interference.

“That was a tough call,” said Jenkins.

Lynn also said he didn’t see much there, but the refs called it.

Broncos had first and goal with one second left. Lock rolled to his right, Jenkins came after him, and he threw a pass to rookie receiver K.J. Hamler, who caught the game-tying touchdown pass. Kicker Brandon McManus hit the extra point to win it.

Why does this happen to this team?

“I wish I knew the answer,” said Allen.

Will Lynn make a coaching change?

“Right now, is not time to make those changes,” explained Lynn. “Because this is what we have. This is our staff. These are players. So right now, what we got to do as a group is figure this out. ‘Why are we blowing these leads that we’re getting, and why are we not finishing games like we need to in the fourth quarter?’ We did it last week. We didn’t do it this week. So, it’s too soon for changes right now.”

What was the mood after the game?

“Everybody was upset. Everybody felt like we should have won that game,” said Williams.