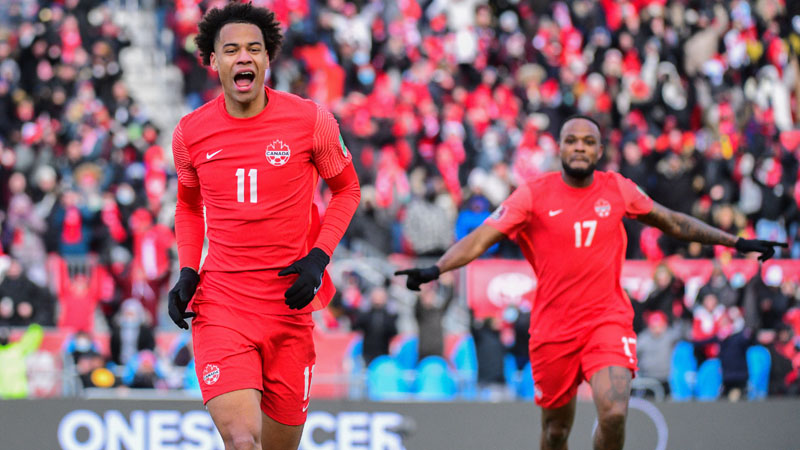 Canada finally defeated Jamaica at BMO Field in Toronto, Ontario, to reach the World Cup finals for the first time since 1986.

With only a point needed to advance, the Canadians hammered four unanswered goals past the Jamaicans. Canada’s scorers were Cyle Larin, Tajanan Buchanan, and Junior Hoilett, with the Jamaicans adding their problems with their own goals.

Canada continues to lead the eight-team final qualifying table, three points ahead of the United States and Mexico, who both won to take the other two automatic qualifying spots.

Costa Rica also continued their comeback with a win away to El Salvador, ensuring at least a play-off spot.

The United States ended Panama’s bid for a playoff spot with a Christian Pulisic hat trick, which contributed to a commanding 5-1 victory over Panama.

The two teams had a tense start, with the first big chance going to the US after a VAR review determined there had been a Panamanian foul in the area. Pulisic calmly converted the penalty, giving the US a 17th-minute lead from which they never looked back.

While the US was winning to keep their World Cup hopes alive, Mexico was also winning, though it took a Honduran own goal in the 70th minute to do so. A corner kick into the box by Hector Herrera was deflected off the head of Honduras’ Junior Lacayo and Into goal.

It was a cruel blow for the Hondurans, but it delighted Mexico, which now only needs a point against El Salvador to ensure automatic qualification.

Costa Rica’s hot streak continued with a 2-1 away win over El Salvador. Anthony Contreras and Joel Campbell scored to give the team their third straight qualifying victory. They are now undefeated in their last six qualifying matches.

While a playoff spot is now guaranteed for Costa Rica, they are only three points behind the United States and Mexico with one game remaining. Their next adversary will be the United States.

However, they would need a big win against the US to qualify directly because their goal difference is four behind Mexico and nine behind the US.