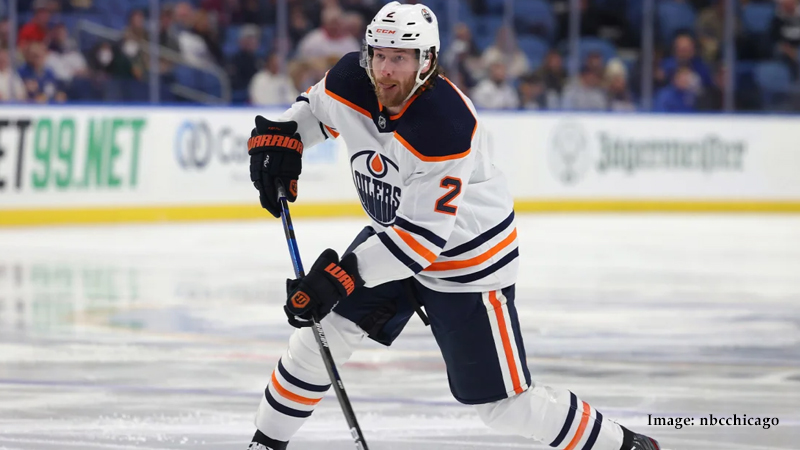 There are plenty of storylines to follow for the Blackhawks in the coming weeks, including a head coaching search and whether or not Alex DeBrincat will be traded before the NHL Draft on July 7-8. We may, however, add another small one to the list. T

According to Sportnet’s Elliotte Friedman, the Edmonton Oilers have respectfully asked veterans Duncan Keith, who turns 39 in July, and Mike Smith, 40, to inform the team of their future plans by July 1. Keith has a cap hit of $5.5 million and Smith has a cap hit of $2.2 million in the last year of their contracts.

Because Keith’s 13-year contract was signed while he was a member of Chicago in 2009, the Blackhawks would be punished with a $7.5 million cap recapture penalty that would be distributed over the next two seasons — a $5.5 million cap hit in 2022-23 and a $2 million cap hit in 2023-24 — if he retires. The rule was originally enacted to punish teams who attempted to circumvent the cap by signing front-loaded long-term contracts.

While it wouldn’t be the end of the world for the rebuilding of the Blackhawks, it wouldn’t be ideal for GM Kyle Davidson, who wants to be able to make financial decisions in the future.

In this scenario, the Oilers would receive $3.4 million in cap space, which is the difference between Keith’s cap hit ($5.5 million) and his base salary ($2.1 million) from the previous season.

The Blackhawks, on the other hand, may not have much to be concerned about. Keith has given no sign that he’s thinking of hanging up his skates and actually said in 2017 that he’d like to play until he’s 45 years old (although he might have been trying to prove a point at the time more than anything that he’s still got plenty left in the tank).

The two-time Norris Trophy winner is also coming off a postseason in which he played the third-most minutes among Edmonton blue liners, and it’s well-documented how much of a nutrition and fitness fanatic he is, so there’s no reason to be concerned.

As per Nbcsports, Smith’s situation may be different, as he has been suffering from injuries this season and his body may be betraying him. If he leaves the game, the Oilers will almost certainly place him on long-term injured reserve.

Keith requested a trade out of Chicago last summer to be closer to his son Colton, and he claimed in his departure interview that Year 1 in Edmonton went “better than I ever could have imagined.”

“He was able to experience a lot of cool moments this past year,” Keith said. “There’s too many to count. It was nice to be able to see him more. It’s such a family atmosphere here with the organization, where not just my son but Smitty’s children and Derek Ryan’s and [Kyle] Turris’s. Everybody’s around. It’s a pretty neat and special atmosphere.

“As an older guy now, having a son and having them be a part of it, it’s memories that they’re going to take with them and it means a lot to us older guys. I know Connor [McDavid] probably gets tired of signing autographs, but the guys were great. It was a lot of fun.”

Queen Elizabeth II gathers her family: ‘I need to step down’