Badminton is a sport that is quite the recreation for families and friends alike. It requires little equipment and can be played against a single opponent or can be a match of two teams both comprising of two members each.

The most basic of equipment that you require is a badminton racket and a shuttle which you hit with your racket. While recreationally badminton may be played in parks and even your on driveway, professionally it is played indoors on a wooden court separated into two halves by a net.

Scoring and winning in badminton

Originally badminton was played by the 15 point rule but the former has recently been replaced by a 21 point game. The aim of the badminton game is to win at least 2 out of 3 matches which are done by whoever scores 21 points first. There is slight segregation for the rules on tie breakers in badminton according to single and double player matches respectively.

The court is rectangular in shape with the dimensions of its length being 13.4 meters and its width coming in at 6.1 meters. The poles holding the net should be at a height of 1.55 meters off the ground.

Badminton games start with a toss and the winner of which is the first to serve the shuttlecock to the opponent. It is a foul for your shuttle to hit the net and fall back in to your own court, or if it falls beyond the periphery of your court. It is also a foul for a team or a player to hit the shuttle twice with their racket. A ‘let’ is a point that is given by the referee for any accidental points that one might be losing to their opponent.

While badminton is not a rough physical exercise it is nevertheless the greatest of tests for endurance and is one of the fastest growing racket sports in the world. 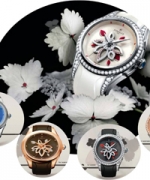