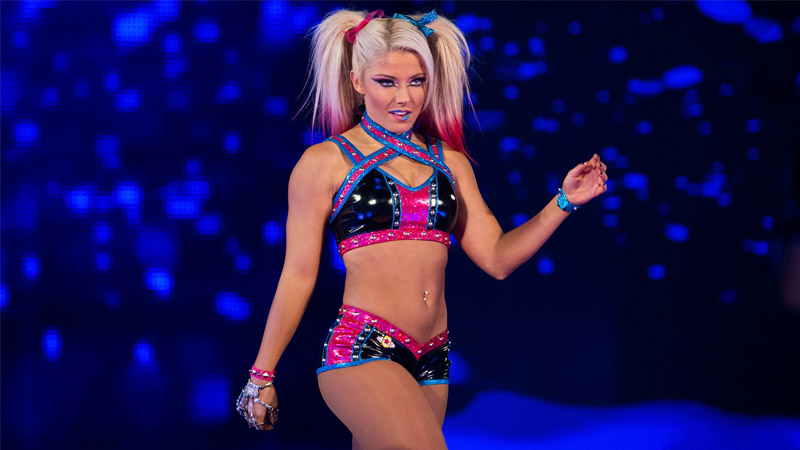 Last week and many weeks prior we saw Alexa Bliss carry a storyline forward with her partner/doll, Lilly. The relationship between the two may be coming to an end via creative within WWE, however…Becky Lynch Is ‘Sister’ To Top Raw Star.

This week on Raw, Lilly was nowhere to be seen as we saw a promo with Nia Jax and Alexa Bliss which showed an irked Jax ready to take on Bliss as Jax was tired of all of the antics that Bliss has been pulling. If we take a look back at how this promo came to be, we would see Bliss and Lilly putting Shayna Baszler through the ringer on the previous edition of Raw as Bliss and Lilly stirred up quite the paranormal storyline.

All of that was thrown out the window this week as Lilly was nowhere to be seen during the Jax/Bliss segment. Lilly was stomped on by Shayna the week prior, but Alexa came to Lilly’s aid and all seemed well, so Lilly is indeed still around and has not been officially written off on air.

WWE may just nix the character of Lilly without explanation. We will have to see how they play this out and if there are any changes to the storyline.

Taking up golf? Learn your manners!