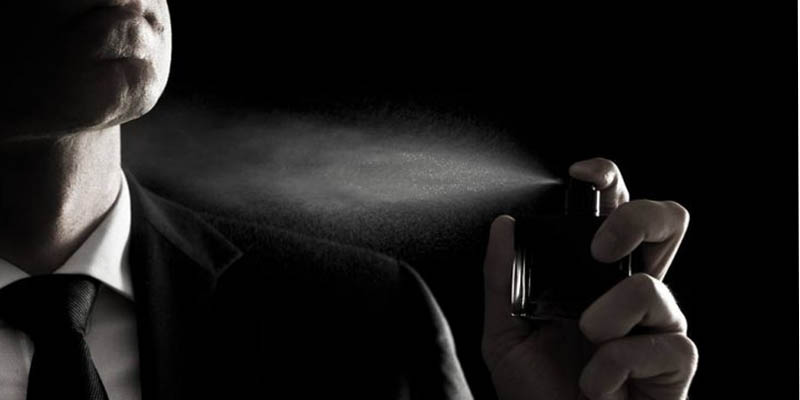 When it comes to smelling fresh, spritzing yourself with some cologne is a natural choice. You might feel like you’re sporting a nice light smell, but it’s likely an overwhelming odor for everyone else. The Wall Street Journal says men’s scents tend to be much more powerful than women’s. Fragrance designer Raymond Matts told the publication there’s “not as much emphasis on the freshness” with scents for guys. Instead, smells tend to be darker and spicier.

No one wants to be the obnoxious man who smells like he went for a swim in cologne, but you also don’t want to feel like the stinky kid from school. Fortunately, there are some better options to make sure you smell great without going overboard. Follow these five tips, and you might end up tossing all of those musky bottles into the garbage for good.

You can thank underarms for contributing to unpleasant body odors. Mayo Clinic explains underarms are home to an abundance of sweat glands. Though the liquid itself is scent-free, the stink starts the instant it comes into contact with bacteria on your skin’s surface. Targeting this area should be a top priority for keeping yourself smelling good. The jury’s still out on whether chemicals found in traditional deodorants are harmful, but there’s no denying the long list of unpronounceable ingredients. Some of those additives can also be problematic for guys with sensitive skin. Men’s Journal explains aluminum, parabens, and phthalates can lead to irritation. What’s the use in smelling good if you have to suffer through itchy underarms? There are tons of natural products on the market, but some are better choices than others. Esquire suggests Tom’s of Maine for its long lasting, fresh scent. But don’t feel like you have to go the natural route if you’d rather not. Just be sure that you’re going with a scent that isn’t too oppressive

If you tend to go overboard on cologne but don’t want to give up adding a little scent to your skin, consider giving aftershave a try. The scent doesn’t last nearly as long as a traditional cologne. It’s also a natural choice for irritated skin. If you typically feel dried out or struggle with acne, this post-shave treatment can help soothe your skin. COED warned to watch out for liquid ones if you get a nick. They have the highest alcohol content, which means they’ll burn the most. GQ recommends Bulgari Aftershave Balm for the most classic scent and feel. And good news if you’re planning a trip to Europe: The Daily Mail reports aftershave ranks among Britain’s favorite smells.

Your clothes can have a huge impact on the way you smell, for good or for bad. If you’re guilty of giving your gym shorts the sniff test and deeming them passable, you should reconsider. Marshall Roy, a trainer at Equinox in New York, told Men’s Journal, “You must wash clothes and workout gear after each use.” The article went on to say that timeliness matters just as much, because the smell intensifies the longer you remain in your odorous apparel. You also need to pay attention to what types of fabric your gear is made out of. Men’s Fitness explained most gym clothing contains fibers designed to repel water, which makes them more difficult to clean. The story recommended pre-treating any of these materials in a warm lemon and water solution before washing. You can also add a bit of vinegar to the machine to help kill bacteria.

No matter how frequently you shower or change your clothes, bad breath can still be your undoing. Popping a mint or chewing a stick of gum might fix the problem for a few minutes, but it just covers up what’s usually a bigger problem. Men’s Fitness recommends scheduling a visit to your dentist’s office as soon as possible. The article explains food particles, gum disease, and cavities can all contribute to unpleasant odors. Don’t consider it a one-time fix, because you’ll need to regularly brush, floss, and use mouthwash to keep your breath fresh. If the problem persists despite your efforts, you might need to take it up a notch. The Art of Manliness says investing in a tongue scraper will help clean things out. The article explains this mouth muscle houses food particles and bacteria, which can lead to unpleasant smells. A good scraping can do wonders.

Give your scalp a scrub

Short hair is no excuse for skipping a good shampooing. Men’s Journal reveals hair traps sweat, which leads to odor-causing bacteria. Be sure to focus particularly on the areas behind your ears and the nape of your neck, because they are prone to smelling funky. For some men, regular products might not cut it. Men’s Fitness explains you’ll need to make sure to pick a stringent shampoo that will kill any lingering bacteria. The story suggested choosing something with sulfur, zinc, or tar, because these ingredients remove excess oil. For days when you know you won’t be able to hit the shower for a while, you might want to invest in some dry shampoo. Livestrong says these products help absorb oil, which prevents odors. It also doesn’t hurt to have some good-smelling products for styling.

Things to Know Before You Move in Together

How Can You Tell if You Have High Blood Pressure?

7 Signs Your Semen Is Healthy and Strong