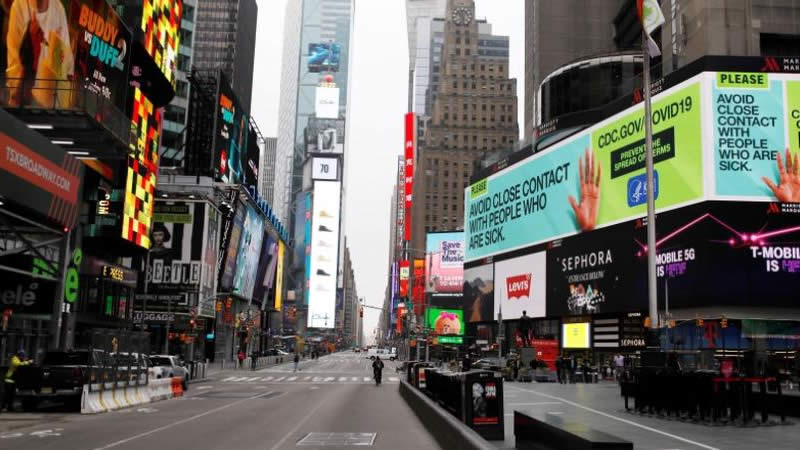 One day, SARS-CoV-2 was somebody else’s problem: the residents of Wuhan, China; the doctors and nurses of northern Italy; the passengers aboard a Diamond Princess cruise ship. The next day, it was here.

That morning, within 60 seconds of the opening bell, the Dow Jones plunged more than 700 points. On Capitol Hill, Dr. Anthony Fauci, director of National Institute of Allergies and Infectious Diseases, warned Congress that “it’s going to get worse” — then rushed to the White House to confer with then-President Donald Trump about shutting down travel from Europe. Meanwhile, in Geneva, Switzerland, the World Health Organization finally declared COVID-19 a pandemic, acknowledging that they were “deeply concerned both by the alarming levels of spread and severity, and by the alarming levels of inaction.”

Spooked for the first time, a previously dismissive Trump addressed the nation from the Oval Office. Yet minutes later his remarks were overshadowed by not one but two momentous revelations: that Tom Hanks and Rita Wilson had tested positive on set in Australia — and that the NBA, reeling from its own infections, would be the first pro sports league in America to suspend its season.

In quick succession, schools shut down, streets emptied, hospitals filled up and Americans who until that point had been hoping that elbow bumps would keep the virus at bay hid in their homes with stockpiles of toilet paper in order to #flattenthecurve.

In fact, the coronavirus had already been spreading across the United States for months, and it would be weeks before COVID-19 cases and deaths reached the first of their many harrowing peaks.

But now the threat was real. Everything had changed.

Looking back, it’s almost impossible to recall how suddenly and completely the national consciousness shifted. According to a Yahoo News/YouGov poll conducted on March 10 and 11, 2020, a mere 6 percent of Americans had worn a mask in public before that day. As of March 10, just 782 cases had been confirmed in the U.S.; fewer than 20,000 tests had been conducted.

A staggering 88 percent of Americans predicted that the U.S. death toll — then at 28 — would never top 10,000. Today, more than half a million Americans have died, and nearly nearly two-thirds (64 percent) tell Yahoo News and YouGov in a new survey that they have either contracted COVID-19 themselves or seen a close friend or family member become infected.

To mark the anniversary of March 11, 2020, and reckon with the response that followed, Yahoo News painstakingly reconstructed the hour-by-hour drama of that day in the voices of those who defined it. The chorus includes familiar figures such as Fauci and NBA commissioner Adam Silver, but it focuses just as much on the ordinary doctors, nurses, teacher, essential workers and working parents who embody the deeper stories that were set in motion on March 11 — stories that, in turn, have gone on to shape America’s pandemic year.

The unequal impact of the virus on communities of color. The dizzying escalation of online misinformation. The politicization of public health. The shortcomings of our safety net. The power of science. And ultimately the resilience of our country.

How to Make Natural Homemade Sunscreen

A Healthy Diet for Sportsmen

Foods for Any Wholesome Heart