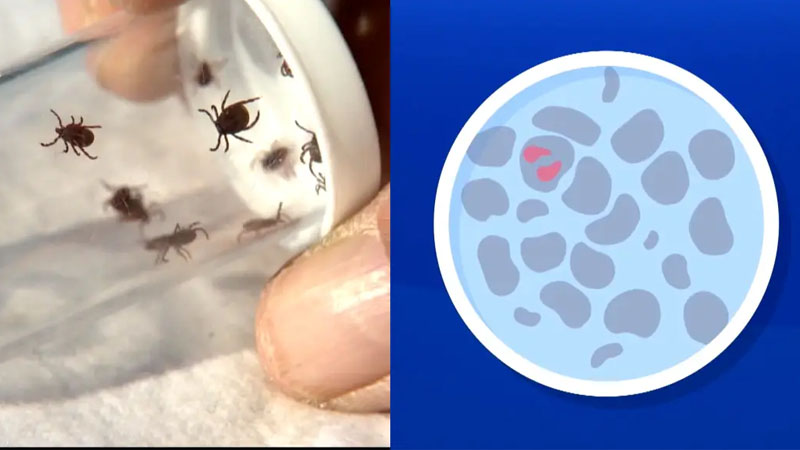 It’s extremely important to check yourself for ticks this summer.

According to a recent meta-analysis that was published in BMJ Global Health, up to 14.5 percent of the world’s population may have already had Lyme disease. The researchers who produced the analysis used 89 previously published studies to calculate the figure, which casts a sobering light on the disease’s devastating effects around the world.

According to data from the United States Environmental Protection Agency, the prevalence of Lyme disease nearly doubled between 1991 and 2018. (EPA). Nearly four reported cases per 100,000 persons were present in 1991; by 2018, that figure had increased to around seven instances per 100,000 people. According to the Centers for Disease Control and Prevention (CDC), 470,000 Americans are estimated to receive a Lyme disease diagnosis and treatment each year.

Humans contract Borrelia burgdorferi, the bacteria that most frequently causes Lyme disease, from the bite of an infected black-legged tick, also referred to as a deer tick. According to the U.S. National Library of Medicine, these particularly little ticks are frequently found in the Northeast, Mid-Atlantic, Upper Midwest, and Pacific Coast of the United States (NLM).

According to the CDC, once infected, a person may have brief flu-like symptoms like fever, headache, and fatigue in addition to the infamous bull’s-eye rash that develops in up to 80% of Lyme disease cases. Rarely, Lyme infection that is left untreated can lead to long-term, potentially fatal symptoms like joint pain, severe headaches, neck stiffness, heart problems, and brain inflammation and spinal cord, among others.

However, other people could not exhibit any Lyme disease symptoms at all, meaning it’s possible to be infected and not be aware of it, according to Scott Weisenberg, MD, an infectious diseases expert at NYU Langone.

The new estimate presented by the BMJ Global Health analysis emphasizes exactly how large of a burden Lyme disease is on public health, even while experts have been aware of the rising case numbers of tick-borne illnesses overall. “Those numbers are probably higher than some people thought,” Dr. Weisenberg says.

So what could be the cause of the increase? According to the EPA, experts cite climate change as a significant contributing cause. A vast range of ticks has probably been attracted to situations that were previously too severe for the arachnids as a result of rising temperatures throughout the United States and the entire world. The EPA states that temperature “strongly influences” deer ticks in particular.

Therefore, it is also not surprising that a person’s risk may be greatly affected by their place of residence. According to a recent analysis, those who lived in rural areas had a greater rate of positive Lyme disease tests than those who resided in urban areas. Ticks like wooded, brushy, and grassy locations because they can readily find “hosts” like deer, rabbits, and rodents to eat; these areas can resemble dense forests, lush backyards, or even green spaces in major cities.

“Since its identification in 1975,” the researchers wrote, Lyme disease “has become the most common tick-borne zoonotic disease worldwide… Therefore, there is a need for preventive measures.”

The first step in preventing ticks is to regularly check yourself, especially if you reside in or spend a lot of time in tick-prone areas. According to Dr. Weisenberg, it can take up to 36 hours or longer after a tick attaches to the skin for the bacterium that causes Lyme disease to actually be transmitted to a human. This is why it’s crucial to get rid of the tick as quickly as possible if you found one attached to you.

Then, keep in mind that when you’re spending time in nature, employing an insect repellent is essential. Make sure it contains an EPA-registered chemical like DEET or picaridin. It is preferred, but not always practical, to cover all exposed skin with long pants, long-sleeved tops, high socks, and a hat but not always realistic in the sweltering summer heat.

“We all want to be outside. If you want to be out camping or hiking, just look for these little ticks,” Daniel Sullivan, MD, an internal medicine specialist at Cleveland Clinic, tells SELF. That may be tough sometimes. Again, ticks are tiny—but if you scan for them often, you’ll greatly lower your risk of contracting Lyme disease or other tick-borne illnesses, he says.

And whether you reside in a wooded area or ventured outside the city for a weekend excursion, it’s critical to visit a doctor if you experience strange symptoms after a tick bite. Your chances of a swift recovery are increased by a quick, correct diagnosis and proper care, which in the case of Lyme disease would be a short course of antibiotics.

This article originally appeared on self and has been updated.