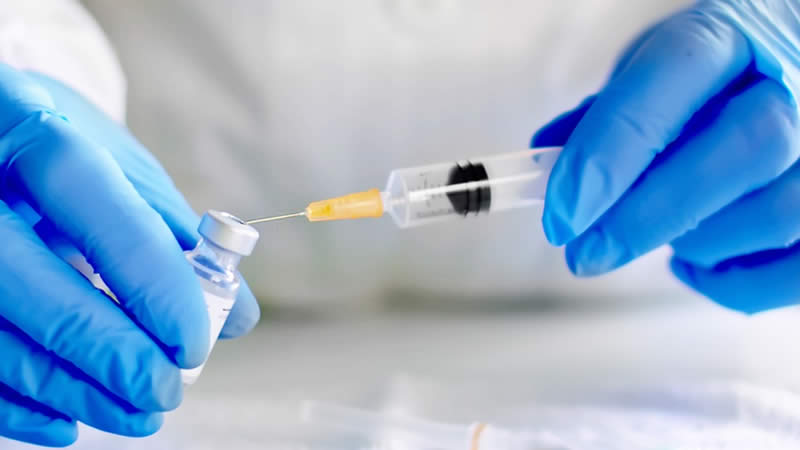 As more than two people were dying in the United States every minute from COVID-19, the Food and Drug Administration’s advisory panel voted on Thursday to recommend approval of the first vaccine for emergency use in people 16 and older.

Now, the first 2.9 million doses of Pfizer’s COVID-19 vaccine are making their way across the country, with the same number held in reserve for the booster twenty-one days later and another half million banked for unexpected needs.

The first doses are expected to go to the nation’s 21 million healthcare workers and 3 million residents of long-term care facilities, while vaccines-on-demand at local pharmacies are bull’s-eyed for April at the earliest.

Next week, the FDA’s advisory panel will reconvene to ask the same questions of the Moderna vaccine, which hopes to distribute 20 million doses by the end of the year.

Here’s what you need to know about how safe the vaccines are, what side effects to expect, and why the vaccine is in no way worse than the disease itself.

How safe are these vaccines, really?

While the COVID-19 vaccine process has moved at an unprecedented pace (both Pfizer and Moderna began work on their vaccines only eleven months ago), there are three strong reasons to trust that they are safe.

1) We have more information that we ordinarily have about vaccines before they are released. “Each of these vaccines is enrolling 30,000 to 60,000 per trial, and there are six vaccine candidates,” said Grace Lee, MD, professor of pediatrics, at Stanford University School of Medicine. “That is a lot of information that we are going to have.”

Likewise, according to its data, Moderna’s vaccine prevents 94.5 percent of cases and its trial reported no cases of severe disease.

3) A major reason why these vaccines are so safe is that they are both using first-of-its-kind messenger RNA (mRNA) technology.

What this means is that the vaccine is able to trick our body into producing the same protein that is on top of the coronavirus, which causes the body to mount an immune response. Neither vaccine uses the actual live coronavirus. That means it is impossible to get COVID-19 from either vaccine.

Are there side effects?

What everyone needs to understand before getting either vaccine is that side effects are very common, especially after the second shot, and go away in a day or two.

Nearly eighty-five percent of people had a reaction at the injection site, almost two-thirds experienced fatigue, and more than half had headaches, in the Pfizer trial. The Moderna vaccine also shows the majority of people having similar reactions.

For both vaccines, the most intense side effects happened after the second shot, though people who have gotten the both shots say the symptoms did not last long.

There does, however, remain a question mark for some experts about the safety of the vaccine for 16- and 17-year-olds. The Vaccines and Related Biological Products Advisory Committee voted 17-4, with one abstaining, to recommend that the FDA authorize the emergency use of the Pfizer COVID-19 vaccine. The four who voted against the motion presumably did so out of the concerns about a lack of data on this age group.

But the uncertainty about the safety for 16- and 17-year-olds, while not unfounded, is “moot,” according to former FDA chair and Pfizer board member, Scott Gottlieb, MD. That is because these young people will not be eligible to receive the vaccine right away anyway, giving us plenty of time to study.

The takeaway here is this. A few days with a sore arm and a headache is a small price to pay to help stop a disease that has killed more than a quarter million people in the country. “Where we are in the pandemic is terrible right now,” said Dr. Lee.

How will we know if a rare side effect happens?

There are systems in place that are designed to catch any rare side effects, which we would not necessarily see in 30,000 patients but would in 30 million or 300 million.

“Multiple surveillance systems are at work, including large-scale systems like CDC’s Vaccine Safety Datalink and FDA’s Sentinel programs,” said Sophia Newcomer, PhD, assistant professor of epidemiology at the University of Montana. “These and other surveillance systems have worked for decades to ensure the safety of vaccines in the U.S. Monitoring the safety of COVID-19 vaccines will not be their first rodeo.”

There is also a new way to report symptoms through text messaging called V-Safe, a CDC program that also provides reminders on when to get the second dose.

But won’t the vaccine make me sicker than actually having COVID-19?

Nearly half of Americans say they either are not sure if they will take the vaccine or do not plan on getting it, according to a survey from the Associated Press-NORC Center for Public Affairs Research. That would be a tragic development, since we need to give the vaccine to at least 63 percent of the population to reach immunity in the population.

Most of the people who say they do not want to get vaccinated explain their fear with a dangerous misunderstanding of the vaccines, including four out of ten who believe they can catch the disease from the vaccine which is impossible because, again, the vaccine does not use the live virus.

Other surveys have also shown that people believe that the side effects caused by the vaccine may be worse than getting the disease itself, a misbelief that almost certainly will result in people dying.

“Although the risk is much higher in elderly people, young people die of this disease, too,” said Robert Finberg, MD, chair of the department of medicine at the University of Massachusetts. “To think it is better to get the disease is a real misunderstanding.” Not only has COVID-19 killed at least 6,300 people under 45 so far, but those who survive often face difficult recoveries.

Young and otherwise healthy people who aren’t healthcare workers won’t have a choice about getting a vaccine until the spring, but when the option is there the decision is clear: your sore arm will save a life.

“By getting vaccinated, you are protecting yourself, your parents and grandparents, your elderly neighbors, the people you work with who have chronic conditions,” said Newcomer. “Getting vaccinated may seem like a small individual action, but it has a large positive collective impact.”

Which Style do you Prefer, Classic or Fashion?

A Healthy Diet for Sportsmen

Eating Between These Hours Can Help You Lose More Weight