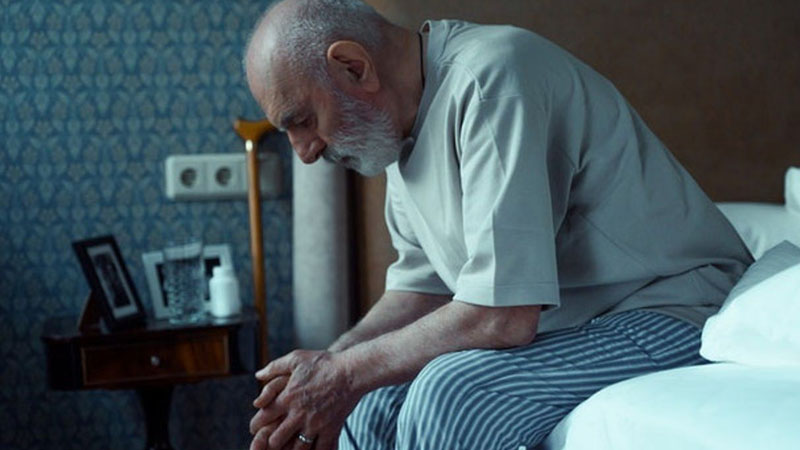 According to a recent study, the main link between sleep disorders and Alzheimer’s disease is brain inflammation. Some sleep cycles may be disturbed in the first stages of neurodegenerative disease by the same overactive immune cells in the brain that eventually cause cognitive impairment.

The link between insufficient sleep and dementia has long been known. Uncertainty exists on whether poor sleep causes neurodegeneration or merely results from the brain changes connected to dementia. We know that sleep cycle abnormalities can be one of the earliest signs of Alzheimer’s disease.

According to this recent study, brain inflammation is to blame for disrupting some sleep cycles and harming the processes responsible for long-term memory retention. The study focused on 58 participants in their 50s and 60s who had a history of Alzheimer’s disease in their families but had not yet disclosed any cognitive or clinical signs of the disease, as per New Atlas.

The cohort also had their spinal fluid examined for indicators of brain inflammation as they spent the night in a sleep clinic with their brain activity being monitored.

The study discovered a link between changes to a kind of brainwave activity known as fast sleep spindles and increased activity of two types of brain immune cells, microglia and astrocytes. Known as N2 sleep, this period of pre-deep sleep is characterized by specific spikes in brain activity. Sleep spindles are the name given to these spikes, and they have been linked to memory retention.

According to recent research, people who had quick sleep spindle activity interruptions were more likely to have larger numbers of inflammatory cells in their spinal fluid samples. Since none of the cohort members showed any additional Alzheimer’s symptoms, such as traces of amyloid or tau proteins, it was determined that these sleep problems are likely the first sign of neurodegeneration.

“Our findings indicate that age-related increases in brain inflammation have a downstream effect on Alzheimer’s disease-related tau proteins and neuronal synaptic integrity,” said lead author Bryce Mander. “This results in deficits in the brain’s capacity to generate fast sleep spindles, which contribute to age-related memory impairment in older adults.”

The researchers are unable to state with certainty that this is an early sign of neurodegeneration because no one in the study has actually experienced the onset of Alzheimer’s disease. However, given that everyone who participated in the trial was genetically susceptible to the condition, it is likely that some may continue to have Alzheimer’s.

Therefore, our results, along with a growing body of research linking sleep disruption to dementia, show that brain inflammation may be the initial event in the chain of events leading from disturbed sleep to cognitive decline. These results, according to Ruth Benca, senior author of the new study, should aid in understanding the initial stages of neurodegeneration and how this process of decline might be halted.

“These findings show that the effects of brain inflammation on sleep spindles and memory occur through its effects on neuronal activity and Alzheimer’s disease-related proteins and are apparent even before pathological positivity,” said Benca. “This offers a promising therapeutic target to stop cognitive decline associated with aging and Alzheimer’s.”

The new study was published in the journal Sleep.

Coronavirus Crisis Unlikely to be Over by the End of the Year, WHO warns

You Should Never Reheat These 7 Food Items!

5 Simple And Effective Ways To Cleanse Your Bowels