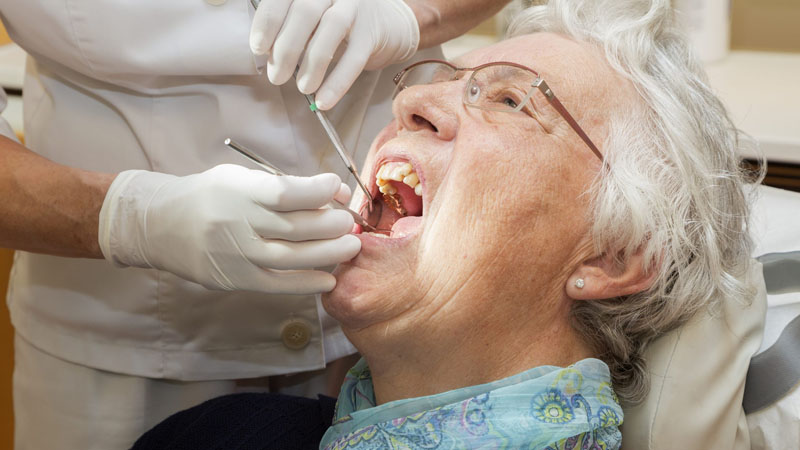 Neuroinflammation and the progression of Alzheimer’s disease have been related to a common type of oral bacteria linked to periodontal disease. The study builds on a body of earlier studies associating poor oral health with dementia and neurodegeneration. It was conducted by an international team of specialists.

The theory that gum disease contributes to the development or progression of Alzheimer’s disease is on the fringes of dementia research. But during the past few years, an increasing number of scientists have started to take the idea somewhat seriously, and investigations into the relationship have steadily begun.

The majority of current research has been on the possible direct or indirect effects Porphyromonas gingivalis (Pg), the bacteria that causes the majority of gum disease, may have on the brain. This current study focused on Fusobacterium nucleatum, a different form of oral bacteria that have been shown to grow in volume when periodontitis is present.

The new research showed how F. nucleatum can stimulate the proliferation of immune cells in the brain through a series of reliable animal trials. In animals designed to mimic the condition, this inflammatory response was then observed to accelerate the progression of Alzheimer’s.

“In this study, our lab is the first to find that Fusobacterium nucleatum can generate systemic inflammation and even infiltrate nervous system tissues and exacerbate the signs and symptoms of Alzheimer’s disease,” explained Jake Jinkun Chen, from Tufts University School of Dental Medicine.

As per Newatlas, the findings do not suggest this oral bacteria directly causes Alzheimer’s disease. Instead, the researchers say the bacteria, “accelerates the development of disease by promoting inflammatory responses in the brain, exacerbating the behavioral and pathological manifestations [of Alzheimer’s].”

There are still many unsolved problems, notably with respect to the precise mechanism by which this bacterium damages brain tissue directly. The finding that F. nucleatum was completely absent from brain tissue in the latest study lends support to the theory that the virus is triggering an inflammatory response in the brain that affects neurodegeneration.

According to the study, two pro-inflammatory proteins that have previously been linked to neurodegeneration may be triggered by F. nucleatum. This suggests a conceivable mechanism via which oral bacteria can accelerate the development of brain conditions like Alzheimer’s. However, it is currently too early to predict that these discoveries will result in a novel therapeutic approach to Alzheimer’s.

Ultimately, Chen said that the findings of his team should prompt medical professionals to pay attention to patients’ dental health, especially those experiencing the first stages of cognitive impairment. He thinks that the development of diseases like Alzheimer’s may be slowed down if periodontal disease is treated effectively.

“Our studies show that F. nucleatum can reduce the memory and thinking skills in mice through certain signal pathways,” Chen said. “This is a warning sign to researchers and clinicians alike. Testing for bacterial load and degree of symptoms could one day become a way to measure the effects of F. nucleatum and manage treatment to slow the progression of both periodontal disease and Alzheimer’s.”

The new study was published in the journal Frontiers in Aging Neuroscience.

Woman Hospitalized After Picking up $1 Bill from Ground in Nashville: ‘I Thought I Was Dying’