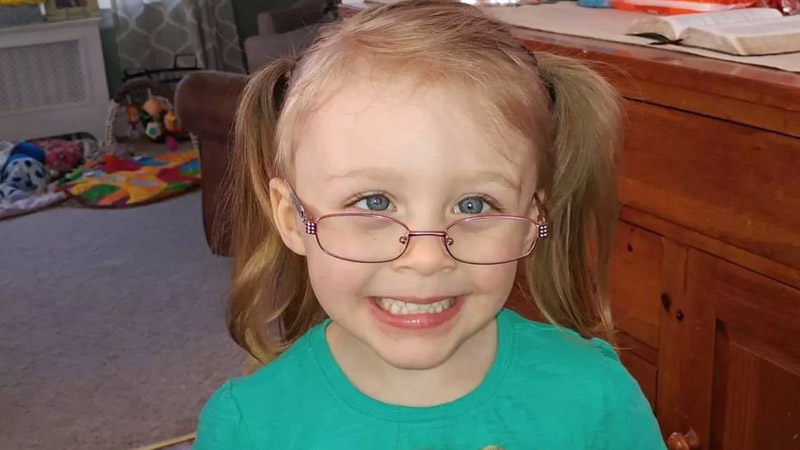 The 5-year-old New Hampshire girl went missing in December 2019. Her remains have still not been located

Harmony Montgomery’s father was arrested and charged with her murder on Monday, more than two and a half years after she went missing in New Hampshire.

Adam Montgomery, 32, has been charged with murdering Harmony “on or about December 7, 2019,” according to New Hampshire Attorney General John M. Formella during a press conference.

Formella confirmed that, in addition to the second-degree murder charge, Adam has been charged with falsifying physical evidence, abuse of a corpse, and tampering with witnesses or informants in connection with Harmony’s death.

The 5-year-old was last seen in late 2019, but she wasn’t reported missing until December 2021, nearly two years later. Authorities announced in August of this year that the search for Harmony had turned into a homicide investigation.

Harmony was last seen living with her father and stepmother, Kayla Montgomery, and the couple’s two other children, according to earlier reporting by PEOPLE.

In January 2022, Adam and Kayla were both arrested and charged on multiple counts, but not in connection with Harmony’s death. According to PEOPLE reporting, Adam was charged with felony second-degree assault, interference with custody, and two counts of endangering the welfare of a child. Adam entered a not-guilty plea to these charges.

Adam will be in court on October 25. It’s unclear whether he’s retained an attorney who can speak on his behalf, and he hasn’t entered a plea to the new charges.

“Today, I do want to again express my deepest sympathies to Harmony’s family, friends, and loved ones,” Formella said during the press conference. “We understand that today’s news, while significant for purposes of this investigation, is yet another difficult moment for those who loved Harmony and those who have followed this case.”