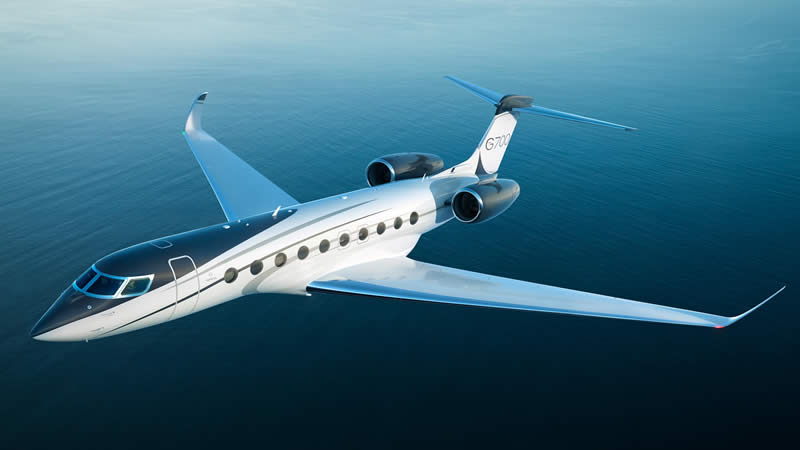 Qatar Executive welcomes the arrival of the world’s first Gulfstream G700 jet aircraft to the State of Qatar, as part of a special demonstration by the manufacturer Gulfstream Aerospace.

Equipped with the all-new Rolls-Royce Pearl 700 engines, and an advanced high-speed wing design, the G700 is able to fly at a record-breaking speed (Mach .925) and range with outstanding environmental efficiency, promoting sustainable business aviation.

Gulfstream Aerospace’s first production G700 set the ultra-long-range model’s inaugural city-pair speed records when it flew from its home base in Savannah, Georgia, to Doha, Qatar, and then on to Paris Le Bourget.

In keeping with the OEM’s sustainability commitment, the G700 burned a blend of sustainable aviation fuel on the Savannah to Doha flight, while Gulfstream also purchased carbon offsets for both flights.

The aircraft, which is being used to test the G700’s new cabin, is staying in Paris until Saturday when it will fly back to Savannah. Gulfstream decided not to take part in any international aviation events or trade shows during the Covid-19 pandemic and brought the aircraft to Doha and Paris to introduce the jet in-person to customers in the Middle East and Europe, Neal said.

ABBA is Back after 40 Years