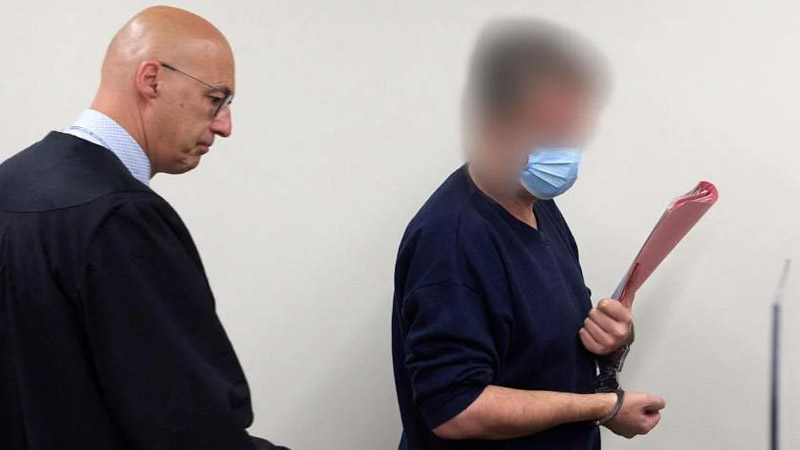 The murder in Germany occurred amid a vocal anti-mask and anti-vaccine movement in response to the government’s coronavirus restrictions.

A 50-year-old German man was sentenced to life in prison on Tuesday for shooting dead a petrol station cashier because he was upset about being told to wear a mask while buying beer.

In response to the government’s coronavirus restrictions, the September 2021 murder in the western town of Idar-Oberstein sparked a vocal anti-mask and anti-vaccine movement in Germany.

The argument began when 20-year-old student worker Alex W. asked the man to wear a mask inside the shop, as was the custom in all German stores at the time. The man left after a brief argument.

The perpetrator, who has only been identified as Mario N. — reappeared about an hour and a half later, wearing a mask. But as he paid for his six-pack of beer at the till he took off his mask and another argument ensued.

He then took out a revolver and shot the cashier in the head.

The district court in Bad-Kreuznach convicted Mario N. on Tuesday. He was convicted of murder and unlawful possession of a firearm and sentenced to life in prison.

People sentenced to life in prison in Germany can usually seek parole after 15 years. His defense team had asked for a manslaughter sentence rather than murder.

Prosecutor Nicole Frohn described Mario N. at the start of the trial. had grown increasingly outraged by the measures put to combat the pandemic, viewing them as an infringement on his rights.

“Since he knew he couldn’t reach the politicians responsible, he decided to kill him (Alex W.),” she said.

N. Mario The day after the shooting, he surrendered to the police.

Although most coronavirus regulations in Germany have been relaxed, masks are still required in some settings, such as public transit.

When the father was pulled over, his stomach dropped. The cop then pointed to his back-seat child