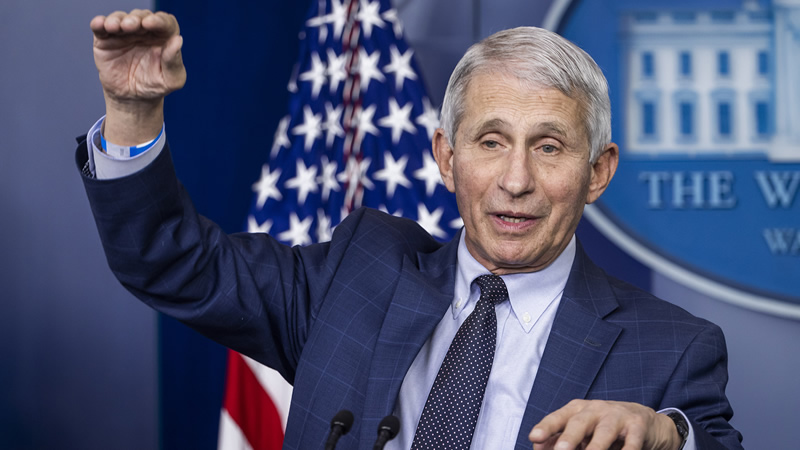 On Tuesday, Dr. Anthony Fauci engaged in a contentious exchange with GOP Sen. Roger Marshall, who pressed the leading US expert on infectious disease about the former’s hefty six-figure salary, research, and the multibillion-dollar budget he manages as director of the National Institute of Allergy and Infectious Diseases.

“As the highest-paid employee in the entire federal government […] would you be willing to submit to Congress and the public a financial disclosure that includes your past and current investments?” asked Marshall during a Senate Health Committee hearing regarding the US COVID-19 response.

Marshall acknowledged that Fauci’s salary was provided to Congress by his colleagues, including Dr. Rochelle Walensky, director of the US Centers for Disease Control and Prevention.

Marshall proclaimed that, due to the nature of Fauci’s job, there is a perception that the latter is being made aware of certain information before members of Congress. The US senator qualified that he personally believes that “is not the case.”

“There’s an air of appearance that maybe some shenanigans are going on,” Marshall suggested during the Senate hearing with Fauci.

While Marshall claimed that his office could not find Fauci’s financial disclosures, the latter repeatedly pointed out that all of the information the Republicans requested is readily available to the public.

“What a moron,” Fauci was overheard saying shortly after the Republican senator asked his last question, adding, in apparent exasperation, “Jesus Christ.”

Both sides have since commented on the situation. Marshall later stated that, while calling him a moron “may have alleviated the stress” Fauci was feeling, “it didn’t take away from the facts.” The GOP senator did not elaborate on what facts he was referring to.

Ian Sams, a spokesperson for the Department of Health and Human Services, argued that it’s “frankly unacceptable” for GOP lawmakers to use a US Senate hearing to spread “conspiracy theories and lies about Dr. Fauci, rather than how we protect people from COVID-19.”