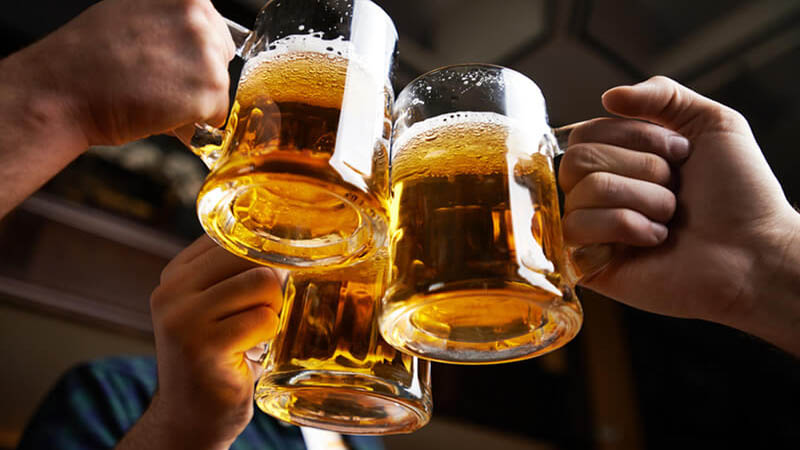 Yes! Selecting the right glass and doing the right pour of beer is extremely important. You should know which beer is served best in what kind of a glass. It not only enhances the flavor but gives you the true aroma of your beer.

Once you have selected the glass just according to the beer that you have picked up, the next step is to pour the beer into it. The ideal angle to pour beer is at the angle of 45 degrees, making sure that the beer touches the walls of the glass. Once it is filled upto two thirds, just tip the glass for a finishing touch.

It is wrong to perceive that beer comes and looks best in a big giant glass mug. This actually ruins the true feel of the beer and, makes its taste way to deviated from the actual ones. Therefore, unless and until you are having a very casual beer and you do not have the right stuff to present beer in the right way to yourself or anyone; never use that big giant mug.

Yes! Another unique fact about beer is that it is known to be the “liquid bread” which took off centuries ago from the German land. Therefore, for a layman, beer can be a drink but for a true beer drinker, it is surely a food. Bon appetite!

Go with the Flow

A beer is something which is seasonal also. For winter seasons, strong and warmer ones are there while for summers there is a completely different mix of beer. Therefore, relish your taste buds by just picking the right beer for the right season.

It is another wrong perception that a beer cannot be teamed up with a lunch or a dinner. You can have it anytime with your lunch and dinner just like wine. May it be pizza or something extremely fine, beer works best with everything.

Have you tried Triceps Workout at home?