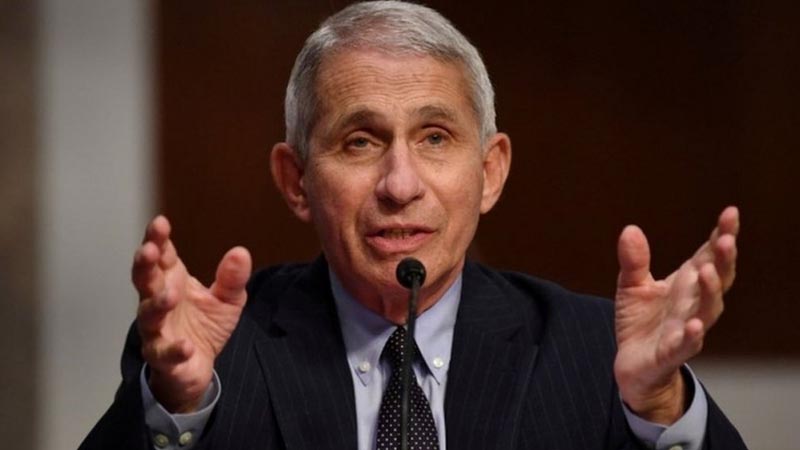 Dr. Anthony Fauci, also known as the High Priest of the Branch Davidians, released a statement saying that Americans will have to wear face masks on airplanes for an indefinite period in order to prevent the spread of the COVID-19 pandemic. Given that what he suggests does not appear to be necessary, his remarks are likely to elicit a strong backlash.

During an appearance on ABC News‘ “This Week” with host Jonathan Karl, Fauci was asked about comments from top airline CEOs indicating that people are safer on a flight than in an ICU due to filtration systems. The host asked Fauci if there will come a time when people will no longer need to wear masks while flying.

“I don’t think so,” Fauci replied. “I think when you’re dealing with a close space, even though the filtration is good, that you want to go that extra step.”

The Centers for Disease Control and Prevention currently requires masks on all planes and in all airports. President Joe Biden recently used the outbreak of the Omicron variant – which has proven to be far less lethal thus far – to justify extending the mask mandate until March 2022.

During testimony before the Senate commerce committee on Wednesday, Southwest Airlines CEO Gary Kelly said “the case is very strong that masks don’t add much, if anything, in the air cabin environment” and that flying “is very safe and high-quality compared to any other indoor setting.”

America Airlines CEO Doug Parker agreed, stating that an airplane “is the safest place you can be. It’s true of all of our aircraft – they all have the same HEPA filters and airflow.”

Fauci’s comments seem so to be pointed at helping the White House in its efforts to capitalize on the emergence of the Omicron variant, which is highly transmissible. However, based on the data that has been released thus far, this variant is nowhere near as deadly as the Delta variant.

Is anyone truly surprised by Fauci’s declaration?

This is what people like him have wished for since the beginning. When the pandemic first became a concern, the hard left saw it as an opportunity to retain power at the federal, state, and local levels. The idea that mask requirements on flights should be permanent is absurd.

If the government tries to do what Fauci suggests, it will not fly (pun intended) with American voters. When more people learn that science does not support the idea that wearing masks on airplanes makes people safer, they will be less excited about the idea – especially those who travel frequently.

Even those who have been more amenable to tight regulations as a result of the pandemic will lose patience. It will come to a point where only the most devout believers in government intrusion will continue to support such an idea. This, hopefully, will happen sooner rather than later.

‘1000-Lb Sisters’ Tammy Slaton Breaks Up With Boyfriend; Why Is Sister Amy Relieved