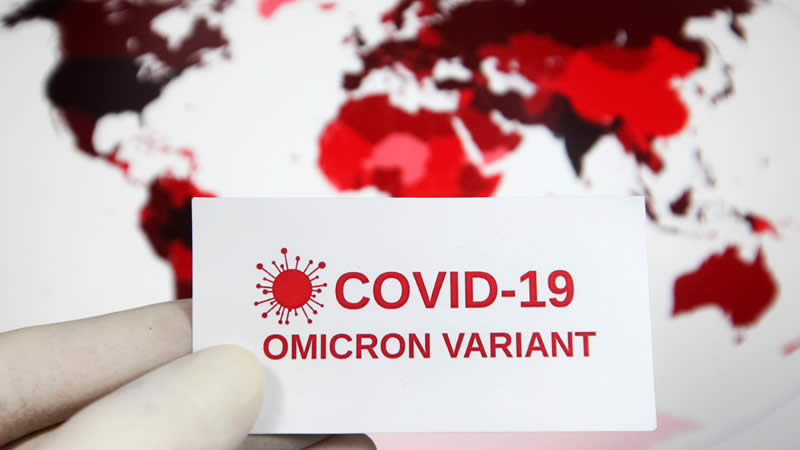 Omicron, the most mutated and transmissible variant yet, is quickly gaining global dominance as it evades the immunity generally provided by vaccines and previous infections.

On Monday, global Covid-19 cases set a new daily high, disturbing the holiday season a year after vaccines were first made available and two years after the virus’s appearance, which many anticipated would be brief.

After accounting for a day in December 2020 when Turkey backdated a large number of cases, the total of more than 1.44 million infections broke the previous record. Due to a tidal wave of Omicron infections, a more conservative gauge — the seven-day rolling average — is likewise at an all-time high, smoothing out one-time fluctuations and holiday reporting inconsistencies.

Omicron, the most mutated and transmissible variant yet, is quickly gaining global dominance as it evades the immunity generally supplied by vaccines and past infections. On Monday, the seven-day rolling average of cases was around 841,000, up 49% from a month ago, when micron was first discovered in southern Africa.

Although Omicron infects 70 times quicker than earlier strains, studies suggest that the sickness it causes may be less severe, especially in persons who have been vaccinated and got a booster shot.

The ease of transmission and rising number of cases may continue to strain hospital capacity around the world, keeping the unvaccinated and others who require medical attention for other reasons in the lurch.

Governments are already warning that infections and hospitalizations may soar after the holidays, setting a grim tone as the pandemic enters its third year.

The silver lining is that the number of Covid deaths per day hasn’t increased significantly. Despite the emergence of Omicron, the seven-day rolling average of deaths has hovered around 7,000 since mid-October, after decreasing from a delta-driven peak.

The outlook for 2022 is dependent on whether the death toll follows cases and rises in the days ahead, or if the Omicron wave turns out to be moderate when more real-world data becomes available. While infection rates and deaths usually follow each other by a few weeks, early signs from southern Africa and other areas where Omicron has been spreading show a decoupling of the measures.

Some of the increase in case counts could be explained by improved pandemic tools. Because of increased contact tracing and testing capabilities in the worldwide fight against the disease, more infections are being discovered during this Omicron wave.

As per the media report, the high number of cases is putting more pressure on public health officials to rethink their Covid control policy. The United States has shortened the recommended period of isolation for persons who test positive for Covid-19, enabling them to return to work sooner and potentially reducing widespread disruptions that may close schools or jam supply lines.

The Best and Worst Places to Be as Omicron Upends Christmas

The arrival of Omicron effectively interrupted the normalization march that had defined much of 2021. Reluctance to return to pre-vaccine lockdowns and other Covid restrictions maybe let the virus spread further, but it’s also giving some individuals a more conventional holiday season with family and friends after a bleak 2020 before vaccines were widely available.