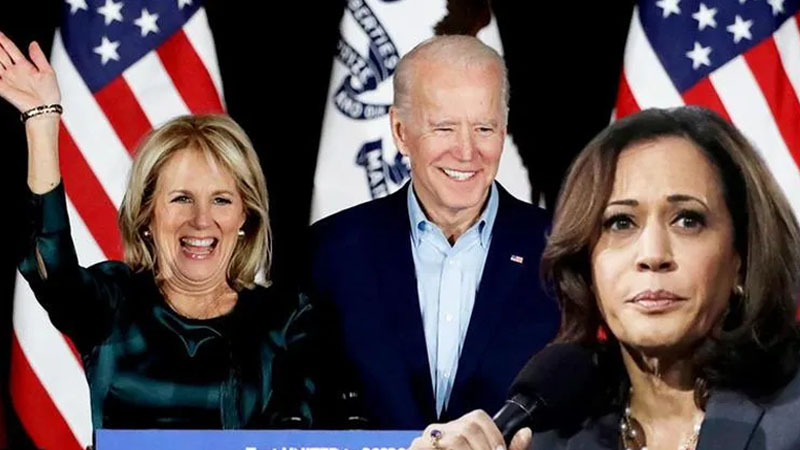 “This Won’t Pass: Trump, Biden, and the Fight for America’s Future” is a new book that will be released soon.

The book, written by two New York Times journalists Jonathan Martin and Alex Burns, is meant to provide readers the inside scoop on the 2020 election and Biden’s first year in office. According to the book’s Amazon page:

Two New York Times reporters recounted the clear, shocking account of the 2020 election and the first year of Mr. Biden’s presidency, exposing deep rifts within both parties as to the land The country reached a political tipping point.

This is the authoritative account of an 18-month crisis in American democracy that will be etched into the political memory of the country for decades to come. In stunning detail in the room, New York Times reporters Jonathan Martin and Alexander Burns show how both of our political parties face a range of national traumas, including the coronavirus pandemic, the attack January 6 into the Capitol, and the politics of President Biden his first year in the White House.

To do so, the book’s description states that “Martin and Burns’s cover breaking news on almost every page, drawing on hundreds of interviews and never-before-seen documents and recordings from the highest levels of government.. ”

Importantly, while the book is clearly not pro-Trump, it does appear to contain a number of remarks about Kamala Harris that Democrats normally avoid. Several excerpts from the book have been received, according to Politico.

According to Politico, a section of the book exposes Kamala, or at least her backers, complaining about her “impossible” portfolio. The excerpt is described as follows by Politico:

Harris’s allies complained throughout the first year of the administration to which she was assigned an impossible portfolio. According to the book, KATE BEDINGFIELD, Biden’s director of comms is not only tired of criticism that the White House is mismanaging Harris – she also blames the VP.

“Privately, Bedingfield has noted that the vice-presidential term is not the first It was during Harris’s political career that she fell short of sky-high expectations: Her Senate office was in disarray and her presidential campaign was a failure. Perhaps, she suggests, the problem is not with the vice president’s staff,” Martin and Burns wrote.

According to Politico, the book also says that Kamala and Joe did not have a strong relationship (no wonder Kamla slandered Joe during the first Democratic debate), with the writers writing that, “Their weekly lunch lacks a real depth of personal and political intimacy.”

As per Theguardian, the book also reports that “Dr.” Jill questioned why Kamala was picked, with the authors allegedly writing that “Speaking confidently before a close adviser during her husband’s campaign, the future first lady posed an obvious question. She started to have millions in the United States. She asks why do we have to choose who attacked Joe?”

At the very least, adding credence to that claim is the fact that, as the Daily Wire reports, a spokesman for Jill did not deny the reports.

Apparently, there’s also been uproar about a photo of Kamala wearing sneakers, which the White House appears to be annoyed by and says are “first world problems”.

Kamala Harris’s office made a splash for a Vogue cover that featured the vice president wearing sneakers before being asked to step back by the office of President Biden, who said cover concerns were ‘problems’. of the first world’, according to a new book. So, if the book’s authors are to be believed, there may be more going on in the White House than the left wants to admit: Kamala and Joe don’t appear to get along, and Jill never wanted Kamala around the first location.