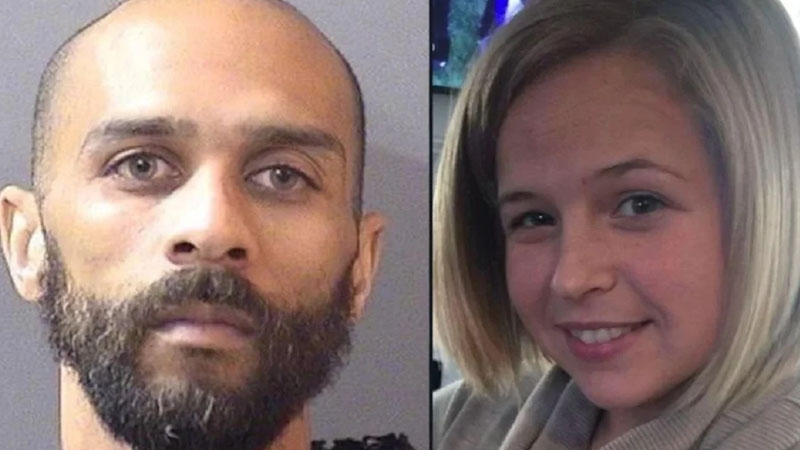 Ciera Breland’s husband’s account to Indiana police that she left their home on foot at 10 p.m. on Feb. 25, wearing shorts and a tank top, is one of many facts that make no sense in her disappearance.

It was the dead of winter, according to AccuWeather statistics, with temperatures in the 20s. She left behind her money and car keys, as well as her cell phone and identity, according to police.

Her five-month-old boy, who was her dedicated child, was also left behind, according to her family.

According to authorities, Xavier Breland Jr., 37, did not report his 31-year-old wife missing until the next day. She was also a well-known local lawyer.

Ciera Breland has been missing for over a month. Her family is heartbroken, as she had intended to divorce her husband, whom they described as physically and emotionally violent. Ciera’s cousin, Shelby Campbell, told Inside Edition Digital that Breland had threatened to kill her multiple times and had regularly attacked her.

“He had shoved her into things. He would throw things at her when she was pregnant and when she was holding the baby. He hit her in the face with a gun. He bashed her head into a window while they were driving. He threatened to kill her and screamed at her,” Campbell stated.

According to court records, he is currently being held without bond in Coweta County, Georgia, on charges of aggravated stalking, violating a protective order, and sending harassing communication to his ex-wife. He and the Georgia woman have two children, ages 6 and 10.

Authorities say that Xavier Breland Jr. has a history of violence against his ex-wife

Breland was apprehended in Indiana after reporting Ciera missing. On February 24, he was extradited to Georgia on the basis of an arrest warrant. Breland did not present at an arraignment in his stalking case, according to online records. He had previously admitted to these charges and pleaded guilty.

According to officials, one of the charges against his ex-wife is that he placed a tracking device in a plush animal he gave to their kid and made harassing phone calls to her despite a court order banning him from communicating with her.

The court-appointed defense attorney has not replied to several requests for comment from Inside Edition Digital.

The FBI is offering a $10,000 reward for information leading to Ciera’s location. Police in Carmel, Indiana, is collaborating with police in Johns Creek, Georgia, where the couple had visited their families before Ciera disappeared.

“Breland’s husband reported her missing on February 26th to the Carmel Police Department in Indiana. However, there is no evidence that Breland ever returned home after the family’s trip to Georgia,” The FBI stated this in its reward announcement. The Georgia Bureau of Investigation also assists in this case.

Ciera was never seen by her family in Georgia, according to Campbell. Her last known location, according to authorities, was on February 24, when she was seen on a security camera standing outside her mother-in-law’s house.

“We all told her to leave him,” Campbell stated. “We didn’t like what we were seeing. She’s very smart. She never put up with anything from anyone. We all told her she had a safe place to go.”

Ciera had planned to divorce her husband one year on their trip to Georgia, according to Campbell, Ciera’s father and parents. Campbell stated that she had been saving money in secret and would be moving in with her family. Campbell said that she hadn’t told Xavier about it.

“She had no intentions of going back to Indiana,” Campbell stated.

Ciera was offered a position with a law firm in Indiana. Campbell, who claimed she and her cousin were best friends, began to receive disturbing texts.

In August, Campbell said Ciera texted her, saying her husband “is nuts. If anything happens to me then he is responsible.”Campbell explained that Ciera also kept a burner phone. This was in addition to her personal cell, which she used for work, and could use to call for help. “I’m really scared and Idk what to do,” Ciera texted Ciera to her cousin, using the abbreviation “I don’t know,” Campbell stated.

Campbell claimed that she turned over her cellphone, which contained Ciera’s texts and videos, to investigators. “The police are keeping a lot to themselves. He has threatened to kill her multiple times and throw her in a lake somewhere. We don’t have any information about where she may be.”

Authorities added that more information would be released as it becomes available. However, no new information has been released in the recent few weeks.

Ciera’s fateful journey to Georgia began when she and Xavier loaded their baby and large dog into Ciera’s 2017 white Volkswagen Tiguan and drove 11 hours south. According to Ciera’s family, she arrived at her parents’ house on February 19. She stayed the night with her parents, seeing relatives she hadn’t seen since relocating to Indiana.

“She had told all of us she was moving back to Georgia, her cousin said.

Ciera’s mother, Kelly Locklair, said her daughter was planning to come home and find a new job. “She said, ‘Mom, I’m coming. You know, we’re gonna say we’re gonna visit with you guys and his mom. But I’m never going back to Indiana,’” the mom told NBC’s “Dateline” last month.

She had also informed her parents that her husband’s abusive behavior was getting worse and that she was divorcing him.

“We were having about a month, maybe two months of discussions amongst the two of us that she was coming home, permanently. She was leaving him. She was getting a divorce,” Kelly Locklair told a local station last week.

However, after Ciera left their home on Feb. 20, stating she was going to her mother-in-law’s house to pick up her son Jaxson and would be returning, the family stated they never heard from her again.

“I’m at Xavier’s mom’s house,” Campbell stated in one of the last texts she received from her cousin. He won’t give Jaxson, so I wait to get him so I can leave.” Campbell remarked.

Ciera’s next piece of information arrived six days after she had left her parents’ house. Carmel police in Indiana called on Feb. 26 to inform her husband had reported her missing. Campbell stated that the family was taken aback. They assumed Ciera was still in Georgia, despite the fact that she hadn’t replied to their texts in recent days, which was very unusual for her, Campbell said.

“This is what’s truly amazing.” Campbell said, “He didn’t call anyone to make sure she was okay. He didn’t reach out. He didn’t even make us aware.”

Ciera’s father, Nick Locklair, told WSB-TV in Atlanta last week that after speaking with Carmel police, he called his daughter’s cellphone and her husband answered.

Xavier Breland and Campbell’s cousin met on Tinder, according to Campbell.

“It happened very quickly. They were married six months after they met. And she knew that she was pregnant.” her cousin said.

According to Campbell, the problems started quickly as well. According to the cousin, Xavier became more aggressive and jealous. Ciera became concerned and tried to quit the relationship, but later stated that she loved him and wanted to keep her new family together.

“He would always come back, saying ‘I’m so sorry. I promise I will be better. It’s because I love you so deeply. You are the only person I could live without. Give me another chance.” Campbell said.

Xavier appeared in a video court hearing before a Fulton County judge two weeks ago in an ongoing civil custody issue concerning the children he had with his ex-wife after being arrested on a stalking charge and extradited to Georgia.

The mother was attempting to have all contact between Xavier and the two children terminated, including virtual video visits, on the grounds that the father was a danger to his children. In court, Judge Alex Manning watched a video of Xavier telling the children that their stepmother had been kidnapped and will not return. According to the judge, the children became visibly upset.

“What I saw in that video was heartbreaking, it’s heartbreaking,” said Judge Manning. “This little girl falls apart in two minutes (into) uncontrollably sobbing.

“It goes from she’s missing to she’s kidnapped,” the judge said, explaining what she heard Breland say to his children. The video was not played for the full court.

The father’s attorney issued a statement to CBS46, which misspelled the missing woman’s first name: “The spouse is always the first person the police look at in a disappearance but in this case, Mr. Breland had nothing to do with Cierra’s disappearance. Mr. Breland is devastated by her disappearance which he reported to the police, and if he wasn’t incarcerated on an unrelated matter he would be helping to look for Cierra.”

According to local reports, Manning approved the mother’s request to end contact between the children and their father.

Fearing the Worst, Ciera Breland’s Family Focuses on Getting Justice

Campbell expressed her sorrow at the possibility of her cousin ever returning home. Campbell has pushed her grief aside until she learns more about the woman whose void is getting bigger by the day.

“I spoke with her constantly. We became very close. I can’t imagine her coming back. Knowing her, and how she is with her son, she wouldn’t stay away an hour, let alone a month.”

However, Campbell is unable to allow her thoughts to grow beyond that point at this time.

“It is not something that has really taken root. It’s so strange. I just wait for her to call me so that I can say, “Oh my God, you would never believe what is happening here.”” she said.

“We don’t know the answers, and there is nothing we can do,” Campbell said. “It’s so frustrating not to have many options.”

News on Stimulus Checks: A Utica man has been charged for cashing multiple checks

What did He say to Jada Pinkett Smith and Why It Was Offensive?