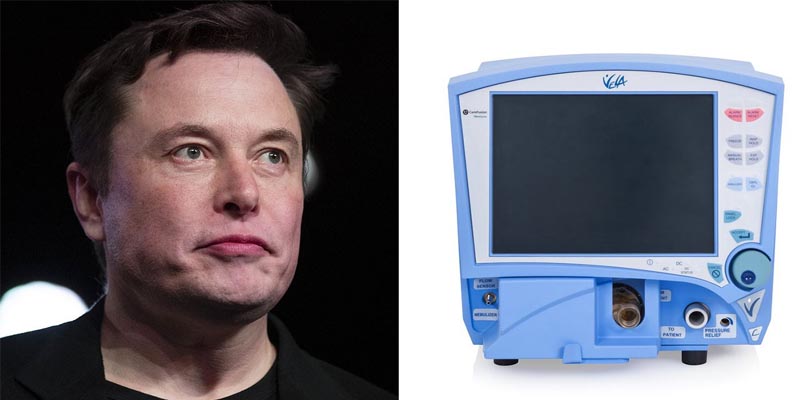 The electric automaker’s engineering division shared a new video over the weekend detailing how it planned to use car parts to manufacture ventilators. As the novel coronavirus pandemic spreads across the U.S., the disease––which often causes difficulty breathing and pneumonia in the most severe cases––has stretched the nation’s supply of the life-saving devices to the breaking point.

“We’ve been working on developing our own ventilator design, specifically, one that’s based on Tesla car parts,” one engineer in the video stated. “We want to use parts we know really well, we know the reliability of and we can go really fast and they’re available in volume.” A series of other masked engineers walk viewers through the initial prototype all the way through to the latest development which is, “powered by the Model 3 infotainment system” with the accompanying touchscreen for operation.

The company’s new push to build ventilators underscores how quickly Tesla founder Elon Musk’s stance on the virus has shifted. Despite the call to close all non-essential businesses and enforce social distancing, the company kept operating many of its plants before temporarily shuttering its New York and California locations beginning on March 23rd after receiving widespread criticism. (On March 6, Musk tweeted, “The coronavirus panic is dumb.”0

But that’s not all. The new ventilators Tesla is making are not the first batch it’s attempting to dispatch. After Musk made public promises on his personal Twitter account to build ventilators, the billionaire took more heat last week after sending out 1,000 units of the incorrect variety, according to a report in Forbes. An NPR story published a few days prior claims that the kind of ventilators Musk dispatched have also been linked to the spread of COVID-19 as they could disperse the breath of infected patients into the open air